Avalanche (CRYPTO:AVAX) has had an incredible 2021, emerging from obscurity to become the 11th largest cryptocurrency by market cap. It recently surpassed more established blockchains like Litecoin (CRYPTO: LTC) and Terra (CRYPTO: LUNA) as well as popular meme coins like Shiba Inu (CRYPTO: SHIB) in total market capitalization. It just climbed past the infamous Dogecoin (CRYPTO: DOGE) in market cap, and it didn't need any help from Elon Musk. 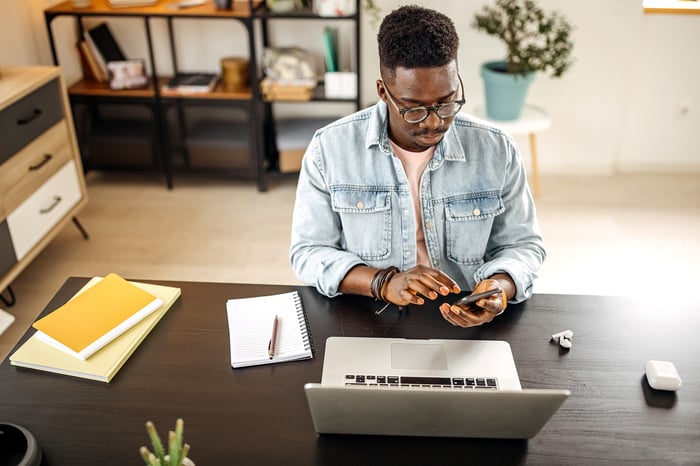 More real-world projects are coming to the Avalanche blockchain

The advent of decentralized applications (dApps) on the Ethereum blockchain was instrumental in making Ethereum into the $500 billion asset it is today. Developers and artists migrated to Ethereum. Avalanche is in the process of developing a flourishing ecosystem of its own. There is a burgeoning array of NFTs sprouting up on Avalanche. For example, the NHL's New York Islanders are partnering with new NFT platform Orange Comet, which uses the Avalanche blockchain, to release a line of NFTs. A play-to-earn game called Crabada launched on the Avalanche blockchain this November. To get an idea of how big play-to-earn games are in crypto, take a look at Axie Infinity (CRYPTO: AXS) and its AXS token, which has reached a market cap of $8.5 billion.

Big Four accounting and consulting firm Deloitte also recently tapped Avalanche for a project it is working on. This initiative aims to help local governments streamline the process of receiving FEMA funds in the event of a natural disaster. Deloitte says that it chose Avalanche for this undertaking because of its speed, transparency, and climate-friendly credentials.

With great transaction speed at a reasonable price, a growing number of interesting projects being built on its blockchain, and adoption by entities like Deloitte for major real-world projects, Avalanche has reached critical mass and is here to stay.