And since I bought some Shiba Inu on October 27, I'm going to (try to) defend my decision. 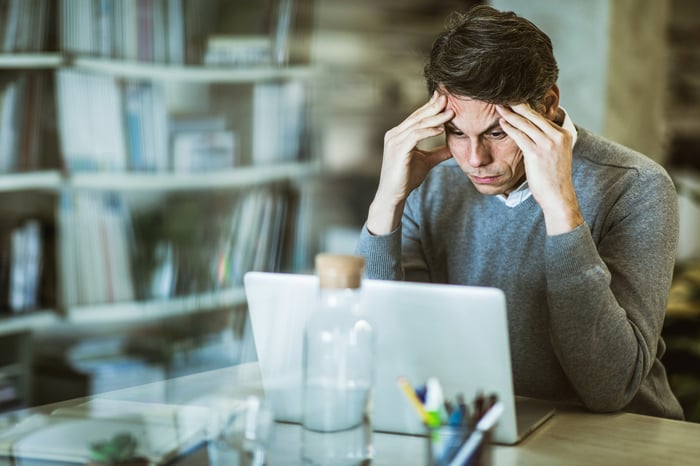 One way that I rationalize my purchase of Shiba Inu to myself is by remembering (correctly) that not every stock fits in every portfolio.

Some investors have high tolerances for risk, and others need to prioritize preserving their capital above all else. Likewise, you may already be invested in a specific company and be reluctant to buy shares of one of its competitors. There's nothing wrong with passing on a popular and successful stock if it doesn't have the characteristics that you're looking for.

In my case, my portfolio is already adequately diversified across a few different sectors, but I haven't yet met my 2021 goals for my target level of exposure to cryptocurrencies. And, within cryptocurrencies, I decided to address the issue of concentration risk by diversifying my holdings through the purchase of Shiba Inu. While Ethereum would normally be my go-to option for crypto, I already own it, so buying more wouldn't have reduced any risk.

In contrast, buying Johnson & Johnson shares would have increased my exposure to the healthcare sector, where I'm already invested in strongly performing companies like AbbVie, Catalyst Pharmaceuticals, and Supernus Pharmaceuticals. And, while J&J's stability, enduring business model, and financial strength are undeniable, it hasn't outperformed the market consistently over the last decade.

So, it doesn't really have a place in my growth-oriented portfolio, even though it's a fairly safe stock. Nor would it hedge against any specific risks that my portfolio currently faces. And, its dividend would introduce a small tax liability that I would need to pay each year.

Of course, keen readers will note that I still haven't made an argument for Shiba Inu specifically. Though it's true that Johnson & Johnson would've been a poor fit, another cryptocurrency like Bitcoin would have met my requirements for more diversification and upside exposure quite handily.

So, why did I pick Shiba Inu?

Impulsive purchasing is a surefire way to lose money

You caught me: I don't really have an evidence-based argument in favor of buying Shiba Inu.

In short, I got caught up in the hype surrounding the cryptocurrency's meteoric rise this year, which a stock like Johnson & Johnson could never possibly deliver. One of the most important skills in investing is self-control, and that's exactly the challenge that made me stumble this time around.

My impulsive investment has had some consequences, to say the least.

Right now, I'm sitting on losses of around 50% of my initial Shiba Inu purchase after about a month of holding. If I had purchased Johnson & Johnson shares instead, I'd be down only 2.3%, and if I had purchased an index fund tracking the wider market, I'd be down by around 2.04%. I'm fully confident that had I purchased them, my shares of J&J would grow to reach a positive total return in due time. But, I can't say the same for my shares of Shiba Inu.

The reason why Johnson & Johnson would have been a better investment for me than Shiba Inu is that it's a company with real cash flows, veteran management, and decades of experience competing within their markets. Even though the stock wouldn't have fulfilled the goals I set out for my portfolio, it's clear that it would serve the general goal of making money rather than losing money far better than Shiba Inu is capable of in the long term.

When you're evaluating an investment, it's easy to get excited and to convince yourself to brush the blemishes under the rug rather than engage with them seriously.

Especially in situations where you're desperate to avoid missing out on a skyrocketing stock or cryptocurrency, being a bit too greedy can lead to making ill-advised decisions that put a dent in your portfolio down the line. If you make up an investing thesis after the fact, as I did, it probably isn't going to serve you as well as having a fully thought-out approach in hand before diving in.

Of course, if you're in the same spot as I am with Shiba Inu, try not to be too hard on yourself.

The market offers a parade of temptations every day, and it takes a lot of patience to chart your own path without getting carried away. On the off chance that you jump at an "opportunity" like Shiba Inu, there's always a chance for redemption via a more prudent investment down the line.