Growth stocks have struggled recently as hypergrowth has given way to corrections. Nonetheless, most long-term winners endure such pullbacks, and while frustrating for stockholders, that can increase the prospective interest in the stock.

Companies such as DigitalOcean Holdings (NYSE:DOCN) and Palantir (NYSE:PLTR) fit this description. Due to the rapidly expanding tech niches that these companies have fostered, the stocks hold tremendous potential to return to hypergrowth as interest in their products surges. 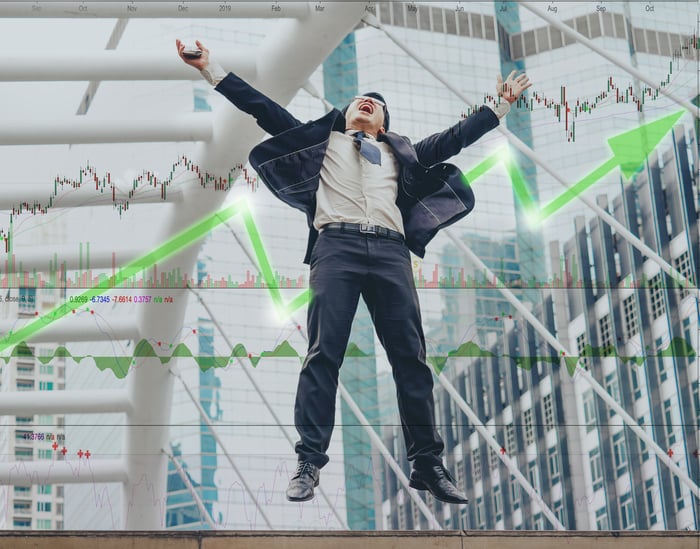 On the surface, DigitalOcean might seem like a disadvantaged enterprise. It's a cloud infrastructure company with a market cap of under $9 billion, competing with mega-caps such as Alphabet, Amazon, and Microsoft. However, DigitalOcean has prospered by bringing an overlooked segment into the software-as-a-service (SaaS) world: small and medium-sized enterprises. Its approach has so far attracted 598,000 clients in 185 countries.

DigitalOcean offers easy-to-understand plans with straightforward pricing, making evaluating the service more accessible for entrepreneurs. Also, thanks to its purchase of Nimbella, it can offer a serverless cloud that enables businesses to run across multiple public or private clouds. Additionally, DigitalOcean has built a developer community. This proves helpful to smaller enterprises that run one-person IT departments, giving them some of the benefits of working in a "department" even when the employer cannot justify employing such a team.

The $309 million in revenue DigitalOcean reported in the first nine months of 2021 increased 34% compared with the same period in 2020. During that time, the company also cut losses in the first three quarters of the year to just over $7 million. It accomplished this primarily by slowing the growth of operating expenses and cutting its interest expense by nearly three-fourths. But, the metric stockholders should watch is DigitalOcean's net dollar retention rate of 116%. For every dollar clients spent last year, they now pay $1.16, meaning the average client continues to add services.

Despite a recent drop, DigitalOcean stock rose by close to 95% over the last year. A price-to-sales (P/S) ratio of 19 may have given some investors pause since Microsoft earns a profit and sells for 14 times sales. Also, both Alphabet and Amazon maintain single-digit P/S ratios. Nonetheless, those large companies would likely struggle to build a community comparable to DigitalOcean's, despite their vast resources. Hence, as long as the company adds clients who demand more services, this should bode well for stockholders, even considering the loftier P/S ratio.

Stockholders may know Palantir best for helping the CIA find Osama bin Laden. They may also know that Peter Thiel, the investor who co-founded PayPal, helped launch this company. Although, they may not know how that can translate into investment gains.

While Palantir fits the description of a "data mining" company and utilizes AI, investors should understand that engineers developed this product for a variety of end-users. Unlike Snowflake or Salesforce's Tableau, which emphasize storing and presenting data, respectively, Palantir stands out by delivering insights and does so without requiring knowledge of query languages or statistical modeling.

Palantir designed its Gotham software to help various military, spy, and law enforcement organizations, and it has also developed insight software for commercial use called Foundry. Through its packages and the underlying Apollo system, which powers both Gotham and Foundry, Palantir can deliver insights in a variety of situations.

The popularity of these products helped Palantir generate $1.1 billion in revenue in the first nine months of 2021. This is a 44% increase compared with the first three quarters of 2020. Although the cost of revenue surged 75% over that period, slashing operating expenses by 20% helped cut losses in the first nine months of 2021 to $364 million. Palantir lost over $1 billion in the first three quarters of 2020. The company also expects current trends to continue, with revenue expected to rise above $1.5 billion for the year, a 40% increase over 2020.

However, investors may need to exercise some level of patience with this stock. After increasing rapidly following its September 2020 IPO, it has struggled to gain traction and has fallen by just over 20% over the last twelve months. The stock has remained pricey, with a P/S ratio approaching 25, well over the 10 sales multiple of Salesforce.

Still, it is significantly cheaper than Snowflake, which now maintains a P/S ratio exceeding 100. Such high multiples indicate that as revenue continues to rise and the company marches toward profitability, its hypergrowth could again translate into stock gains, even at an elevated P/S ratio.