Electric vehicle (EV) charging network leader ChargePoint Holdings (NYSE:CHPT) reported its quarterly results last night, and the market is reacting negatively today. Shares dropped 10% in early trading Wednesday, and as of 10:16 a.m. ET, they remained down more than 8%. With the company raising its fiscal-year revenue guidance, some may be wondering why investors would hit the stock.

The boost in revenue guidance is the second one from the company this year, after going public through a merger with a special purpose acquisition company (SPAC) earlier in 2021. But investors appear to be reacting more to the net loss of $69.4 million the company reported. That was more than expected, and represents a significant increase from the loss of $40.9 million in last year's comparable period. 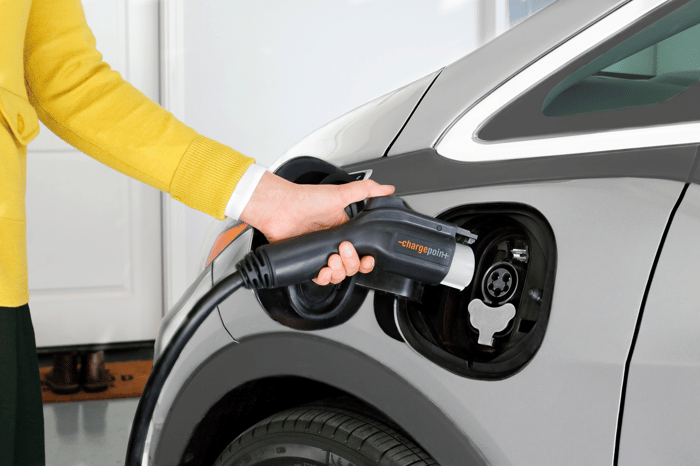 Investors might be concerned about the company's path to profitability due to competition and uncertainty about how the EV sector will evolve. But ChargePoint reported its gross margin increased 500 basis points year over year to 25%, while revenue grew 79%. The company attributed the margin increase to "product cost improvements and the impact of acquisitions."

Several companies that have gone public via SPACs have come under scrutiny for their financial projections prior to being held accountable as a public company. Widely followed EV maker Lucid Group (NASDAQ:LCID) has been the most recent to be investigated by the Securities and Exchange Commission (SEC).

But in its report, ChargePoint raised its revenue outlook for the second time this year. The company now says it expects revenue to be in the range of $235 million to $240 million for its fiscal year ending Jan. 31. That compares to its original projection of $198 million as the company was preparing to go public.

Investors are correct to be concerned about the company's bottom line, but it is still early in ChargePoint's growth story Today's selling could be a short-term reaction, while the longer-term outlook so far remains on track as revenue growth exceeds early expectations.