Shares of Carnival Corporation (NYSE:CCL) sank by 20.5% in November, according to data provided by S&P Global Market Intelligence.

The cruise company's shares were up for the year initially, but the decline has brought its stock down 13.5% year to date. 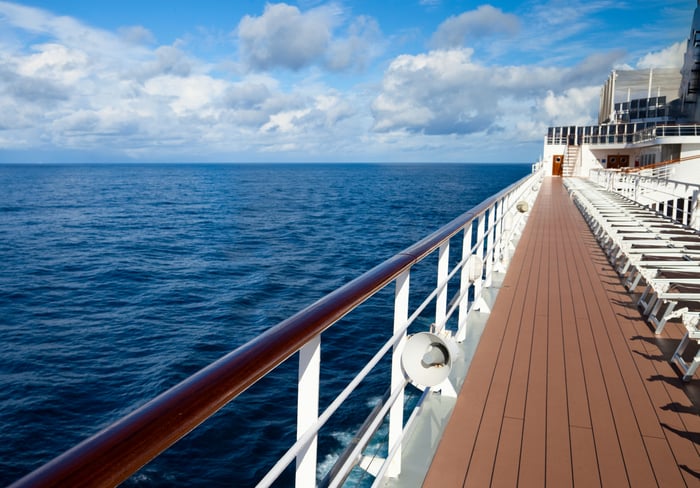 The omicron coronavirus variant wreaked havoc on businesses and financial markets as there were initial fears that it could be more deadly or transmissible. Many countries announced border closures as a precaution, and Carnival's stock price was hit as negative sentiment took a toll on leisure and aviation stocks. The company paused its Australian cruises until March 2022 amid uncertainty as to whether the government there will allow the industry to resume.

Before the news of omicron, the cruise industry had seen a strong resurgence in bookings from people who were sick of being cooped up at home. Back in July, Carnival announced that bookings for 2022 were ahead of 2019, a signal that growth could roar back for the cruise company. It also helped that Carnival reiterated in its third-quarter earnings release that voyages for the quarter were cash flow positive, lending support to the belief that the company could turn around successfully.

Fortunately, things may not be as bad as they seem. White House Chief Medical Advisor Anthony Fauci has said that omicron does not appear as bad as feared. It may certainly be more transmissible, but seems less severe than anticipated. It's still too early to make a conclusion on omicron at this point, as more research and data needs to be gathered on the variant, but the cruise industry may yet breathe a sigh of relief.

Carnival is pushing on with its expansion despite the uncertainty. It just announced that its third Excel-class ship, named Carnival Jubilee, will be delivered in 2023 and be based in Galveston, Texas. The company is also preparing to celebrate its 50th anniversary next year and plans to bring back some of the old ship names that had left cherished memories among its guests, such as Mardi Gras and Carnival Celebration. Carnival's cruises may have halted for now, but if omicron turns out to be less deadly than expected, it should be smooth sailing from then on.