The star fund manager has a lofty price target for the world's top cryptocurrency.

Cathie Wood and her firm, ARK Invest, rose to prominence at the start of the pandemic because of the success of her innovation-focused strategies. Her flagship exchange-traded fund, ARK Innovation ETF (ARKK -1.42%), generated a total return of 157% in 2020. With a firm whose mission it is to invest in breakthrough technologies, it's no wonder that Cathie Wood also offers clients exposure to cryptocurrencies.

But what caught my attention was a research report, titled Big Ideas 2022, recently released by ARK Invest. It had an incredibly bullish price target for Bitcoin (BTC -0.61%): $1.36 million per coin by 2030. Based on the top cryptocurrency's recent price of $40,500, this implies a monster gain of roughly 32-fold! And it's more than double Wood's previous target of $500,000.

Let's take a closer look at why this famous investor is so optimistic on Bitcoin. 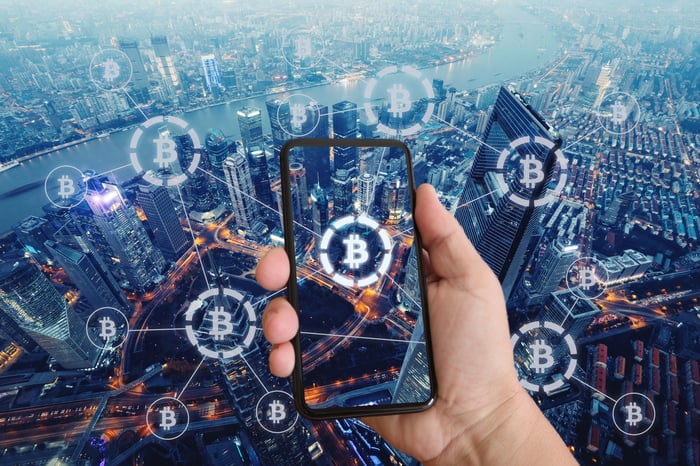 ARK Invest's lofty price target is based on Bitcoin adoption significantly rising during the next several years. There were eight specific uses that were mentioned in the report, with detailed targets to be achieved by 2030.

"Our research suggests that Bitcoin has the potential to transform monetary history by providing financial freedom and empowerment in a fair, global, and distributed way," ARK Invest analyst Yassine Elmandjra wrote. While this statement couldn't be more unoriginal, as every Bitcoin and crypto enthusiast believes that exact same thing, what obviously stands out is the price target of nearly $1.4 million per coin.

Because Bitcoin doesn't produce revenue, net income, or free cash flow, like a traditional corporation, it's almost impossible to value. As a result, the best estimation anyone can do is to try to predict its possible penetration in our global economy. I agree with ARK Invest that these eight scenarios are the most promising for Bitcoin, but at the end of the day, how much the cryptocurrency actually gets integrated into the financial system is just a guess.

There are also risks to consider. Governments and financial institutions, two of the most powerful and influential organizations, could ban Bitcoin. Furthermore, the general public could simply lose interest, with the technology never taking off, as many people hope it does.

Take this projection with a grain of salt

I'm a Bitcoin holder myself, but even I'm tempering my expectations here. That's because Cathie Wood's firm, ARK Invest, earns advisory fees based on the amount of assets it has under management. Consequently, the way she makes more money is by raising more capital. Publicly releasing splashy and high-flying price targets is often necessary to attract investor interest, and dollars, in her firm's financial products,

Therefore, investors shouldn't just blindly follow what a well-known investor says. It's always best to think independently, especially when it comes to something as nascent, speculative, and undeveloped as Bitcoin. This will ultimately make you a better investor.