There's a high quantity of beaten-down stocks but only a few companies of this quality.

Take any stock and combine the price per share at market close for each of the last 200 days that the stock market was open. Now divide this number by 200. This is the stock's 200-day moving average.

I've given you the 200-day moving average formula to say this: Roughly 65% of all stocks are currently trading below their 200-day moving average, according to Barchart. This has happened seven other times in the last 20 years, so it's a fairly regular occurrence. However, it means that a lot of stocks are beaten down right now; it's not just so-called growth stocks. 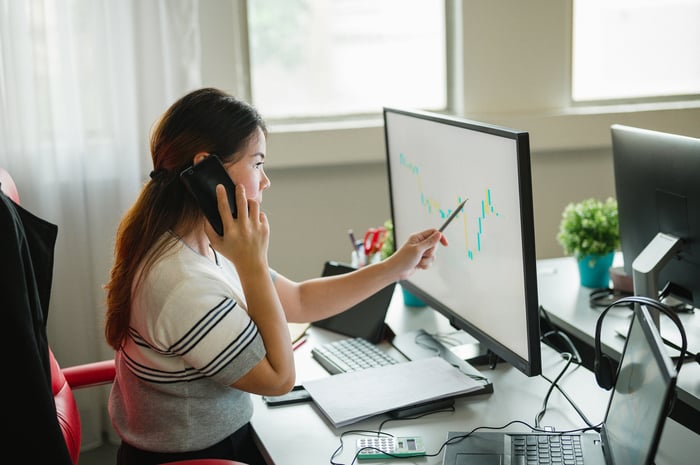 The very term "growth stock" comes with its own unhelpful baggage that I hope to dispel here. Many growth stocks are beaten down, but that doesn't necessarily make them buys. Moreover, despite what you may have heard, growth stocks can be purchased at a good value, and I believe that applies to the two companies I'm highlighting here today: advertising-technology (ad-tech) company PubMatic (PUBM 0.06%) and speciality marketplace Etsy (ETSY 0.79%). Let's take a closer look at these two stocks.

1. Why PubMatic stock is a buy

I like PubMatic first and foremost because of the industry it's in -- digital advertising. Multiple sources all point out that this industry is enjoying a major tailwind as advertisers shift dollars from traditional channels to measurable, targetable digital-ad mediums. To me, digital advertising is a growth industry, and it's worth owning several of the best players in the space, including PubMatic.

PubMatic is demonstratively one of the best players. Consider how quickly it's gaining new customers. At the end of March, the company had just 1,250 publisher and app-developer partners. At the end of September, it was up to 1,370 -- a 10% increase in just six months. Keep in mind this is a crowded space. Winning this many customers this quickly is a testament to PubMatic's prowess.

Moreover, existing PubMatic customers are increasing their spending at an impressive rate. This is measured with a metric called the net dollar-based retention (NDBR) rate. A NDBR of 110% is generally considered good and implies customers spent 10% more on average this year than last year. Since going public, PubMatic has reported financial results four times, showing a NDBR of 122%, 130%, 150%, and (most recently) 157% -- few companies have numbers this good.

Industry growth, customer-count growth, and customer-spending growth all point toward PubMatic being a solid growth stock. But it's not growing at the expense of profitability. The company has earned $28.3 million in net income through the first three quarters of 2021 and trades at just 35 times trailing 12-month earnings as of this writing. Therefore, PubMatic isn't just a beaten-down stock. It's a good company trading at an attractive valuation. 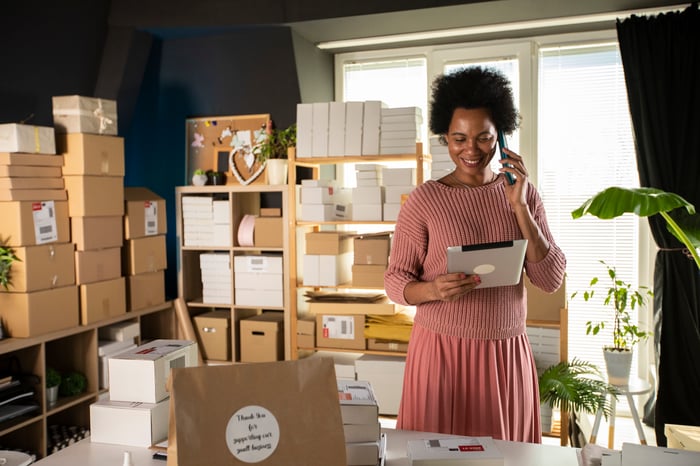 Etsy's business connects sellers of handmade goods with buyers. Yes, sellers could sell directly to the consumer. However, Etsy has 96 million active buyers on its platform, up from just 33 million at the end of 2017. Therefore, it's safe to say that Etsy is increasingly top of mind with consumers when they want something handmade. Sellers can't risk being overlooked by skipping the platform.

Not only that, but Etsy's active buyer audience is big enough to attract all kinds of niche sellers. Again, we've seen an incredible increase of active sellers on the platform. At the end of 2017, there were 1.9 million active sellers. Now there are 7.5 million.

I'm describing Etsy's powerful network effect. And because of how essential it is to both parties, the company can charge a hefty take-rate -- a cut of sales. In the third quarter of 2021, Etsy's take-rate was a whopping 18%, which is quite high compared to its peers.

To reiterate, Etsy isn't supplying products but rather a marketplace. And because the marketplace is online, this company has great profit margins. Through the first three quarters of 2021, its gross margin was 72.3%, up from 71.6% for the same three quarters of 2020. And like PubMatic, Etsy has real net income, having earned $332 million so far in 2021.

Looking at the price-to-earnings (P/E) ratio, Etsy trades at a P/E of 42. That might sound a little pricey. But this market-beating stock rarely trades this cheaply, as the chart below shows. 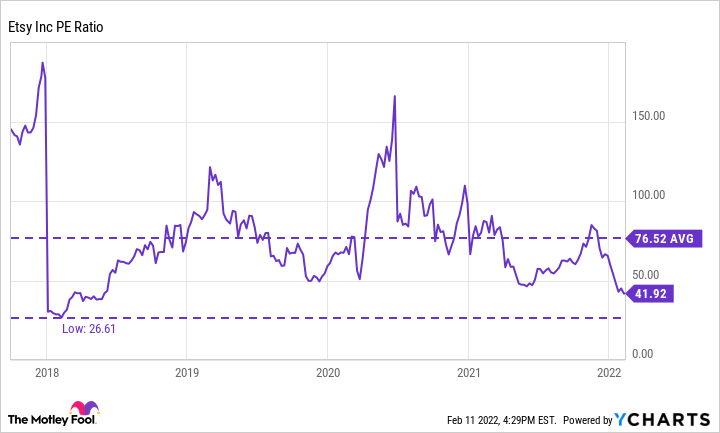 Why these growth stocks are cheap

When stocks get beaten down, it's normally because there's fear from investors. And that's no different here. Investors are worried changes in the ad-tech world will make PubMatic's services less effective. And investors are concerned that Etsy's growth was driven primarily by the pandemic in recent quarters. It's certainly important to understand that there are arguments against these two stocks too.

However, there's always a degree of risk in investing no matter what stock you choose to buy. That's why it's important to not just buy cheap stocks but stocks of quality companies. And in my opinion, both PubMatic and Etsy are quality businesses and worth a $2,000 investment right now.

PubMatic's Momentum Suddenly Slows -- Is It Time to Sell the Stock?

Why Pubmatic Stock Was Tumbling Today
376%