Owning your own home is part of the great American dream. Go ahead and chase that dream if you want to, as a home of your own can offer comfort and security and a place for family. But don't think of home ownership as a great investment and a key to your future financial security, because it probably won't be.

It's easy to think of real estate as a simple path to wealth. You may have friends or family members who have seen their homes double in value since they first bought them. That may seem like a big gain, but if it occurred over 30 years, then the average annual growth rate was only 2.5%. At many times, you would have been able to top that with a simple savings account, and you can top that kind of growth now with a wide range of dividend-paying stocks. Worse still, over the past several decades, inflation has averaged about 3% annually, meaning that you actually lost purchasing power over those 30 years.

That doesn't mean you shouldn't buy a home, because there are plenty of good reasons to do so. Remember that nagging inflation rate? Well, if you buy a home with a 30-year fixed mortgage and your monthly payment toward the loan is $1,000, that sum won't change. It might represent a quarter of your paycheck at first, but in 30 years, you'll probably be earning more (because of inflation), and that $1,000 payment will feel much smaller.

Meanwhile, you get the security of knowing you won't have to move until you want to. You probably get home mortgage interest deductions, too, if you itemize your deductions. Tax benefits are not a reason to buy a home, but they're a nice perk. Having a mortgage and paying it down on time is also a great way to build a strong credit record and a high credit score. That can help you when you want to borrow more money, such as when you buy a car.

And though home ownership typically won't make you rich, if you happen to have bought in the right place at the right time, you might enjoy considerable appreciation in the value of your home. Even if you don't, or if your home appreciates only modestly, you'll still be building equity. 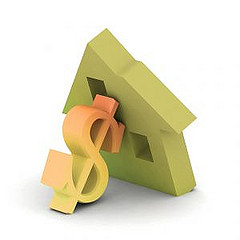 Modest home-value appreciation is what you'll most likely get over the long run. Nobel-prize-winning economist Robert Shiller is famous for his studies of the housing market, and according to his data, housing prices have grown at a compound annual rate of just 0.3% over the past century (inflation-adjusted), while the S&P 500 has averaged roughly 6.5%. And that's just an average. If you were unlucky and bought in the wrong places at the wrong time, you'd be in worse shape. In 2010, for example, folks who bought homes in Atlanta or Sacramento 20 years earlier had homes valued, on average, about 20% lower than their purchase prices. Ouch.

Home ownership has other downsides, too, such as mortgage payments that tend to be higher than rental payments, repair and maintenance costs, and the need to pay a big down payment that could otherwise be growing in stocks or elsewhere. You also bear the risk of needing to sell the home at an inopportune time (which happens frequently because of job changes), and homes are, in general, rather illiquid, meaning that you can't easily turn them into cash. The sale process takes a while, and it's all-or-nothing, too: While you can sell off a quarter of your stock holdings if you need cash, you can't just sell part of your home. (In some cases, a home equity loan might be a viable alternative, though.)

This is not a screed against home ownership. It makes sense for lots of reasons. Just don't think of it as a killer financial move that will make you wealthy over time, because it probably won't.

Stocks are the best long-term avenue to wealth for most of us. If you like the home you're renting and you're not eager to take on home maintenance and be tied down by a mortgage, know that there's nothing wrong with continuing to rent while investing extra cash in stocks. If you want to build as much wealth as you can and you also want to own a home, consider buying less home than you can afford so that you have leftover income to put into stocks.

Plenty of big blue-chip companies offer hefty dividends these days, such as General Electric and its 3.6% payout, which tops the long-term average inflation rate all by itself while offering potential long-term stock-price appreciation. McDonald's has been beaten down lately, but if you believe in its ability to recover and reach new highs, it offers a 3.7% dividend yield. You can even find some dividends of about 10% or more if you look around. They often require a little more vigilance, but some are compelling despite their risks.

For many, if not most, of us, combining home ownership with stock ownership is a great path to long-term financial and personal security.