Most companies that dividend investors follow pay reliable quarterly dividends year in and year out. But for investors in National Presto Industries (NYSE:NPK), dividend stability isn't really something the company provides, as the maker of everything from small appliances to tear-gas grenades and ammunition makes an annual payout composed of a small "regular" amount plus an additional amount that varies greatly from year to year. When you consider all of National Presto's distributions, they often add up to a substantial portion of the company's earnings, raising the question of whether shareholders should count on their payout continuing into the future. Let's take a closer look at National Presto Industries by doing a dividend payout ratio analysis to see if its healthy dividend yield is sustainable.

One primary concern investors have about companies that have high dividend yields is that they won't be able to keep their payout rates at the same level into the future. In particular, if earnings are less than the dividend, then the company might put itself in a position in which it can't generate enough money to pay as much in dividends as it did in the past.

But those concerns really only apply to companies that attempt to make regular dividend payments. For them, accepting a smaller payout is an admission that they were too optimistic about their future growth prospects. By contrast, with the special-dividend strategy that National Presto has used for years, the company retains more flexibility to change how much it pays to investors without necessarily creating the same panic that a dividend cut from a quarterly distribution would have.

Specifically, when you look at National Presto's past, you can see several occasions on which the company chose to pay less than it did in the previous year. Indeed, 2014 was a perfect example, with the company citing reductions in revenue in all three of the company's business segments during 2013 compared to 2012. As a result, National Presto declared its regular $1-per-share annual dividend, along with a special extra distribution of $4.05 per share. That was down from the $5.50-per-share extra dividend in late 2012 and well off the record $7.25 per share it paid in early 2011.

In general, though, National Presto has tended to stick pretty close to distributing nearly all of its available earnings in the form of dividends. The company doesn't have any outstanding debt, and so it doesn't need to divert capital to repay maturing obligations. National Presto also hasn't chosen to engage in share buybacks, instead using dividends as its sole capital-allocation strategy for returning money to shareholders.

What's next for National Presto Industries?

Over the long run, the big question is whether National Presto's earnings will start growing again. In the company's most recent quarterly results, longtime National Presto CEO Maryjo Cohen noted that operating earnings fell in all three of the company's business units, with defense profits suffering from an accounting issue that reduces profitability of shipments from its backlog of assets acquired in its purchase of defense contractor and ammunition-maker DSE. Reduced sales volume of incontinence products also hurt profits, and changes in the timing of sales sent small-appliance profits down more than 30%. The results only continued a trend that has been going on all year, with earnings per share for the first nine months of 2014 adding up to just $2.02 compared to $3.50 per share last year. 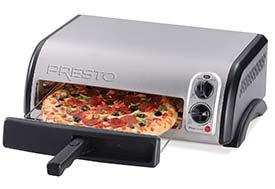 What that means is that National Presto investors shouldn't count on their 2015 dividend even approaching the $5.05 per share they got earlier this year. Even if earnings for the fourth quarter come in as well as some expect, it'd be a stretch for the company to reach $4 per share in net income for the year. As a result, the dividend isn't likely to be any larger than that amount, leading to another drop in yield.

National Presto is a favorite among dividend investors, but its payout has been in decline and looks poised to have similar challenges for the foreseeable future. With few investors expecting substantial earnings growth for years to come, National Presto has probably already seen its best dividend days, barring a substantial structural change in the company's fundamental business.