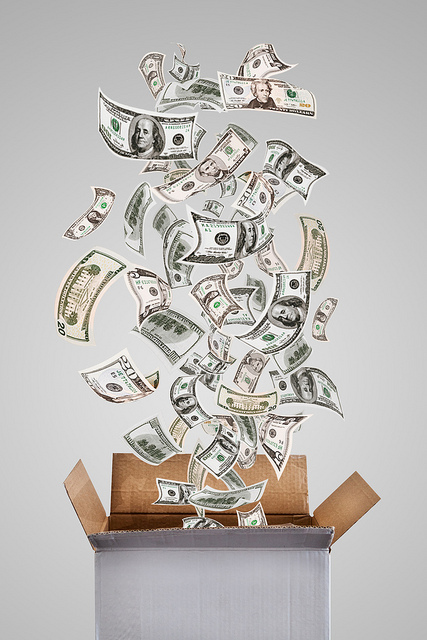 Dividend stocks are the cornerstone of many well-run retirement portfolios -- that's a fact. The reason is that dividend stocks act as a beacon to investors, inviting them to take a deeper look into a company whose business model is so sound it can pay out a percentage of its annual profits on a regular basis to its investors.

Even more so, dividends can provide a downside hedge in volatile and bear markets. Investors in dividend stocks tend to be more long-term oriented, which usually means far less day-trading and less volatility.

Lastly, dividends can be reinvested, giving the buyer a chance to really compound gains over the long run. These payouts can mean the difference between simply retiring and retiring the way you've always dreamed.

With that in mind, let's have a look at three cheap dividend stocks you can consider buying right now.

1. AbbVie (NYSE:ABBV)
This is turning out to be a big year for pharmaceutical giant AbbVie, and surprisingly, its success may have little to do with the performance anti-inflammatory drug Humira, the current best-selling drug in the world.

Within the past two weeks, AbbVie received approval in the United States and Canada for its direct-acting antiviral hepatitis C drug targeted at genotype 1 patients (the most common genotype that comprises about three-quarters of all HCV cases). Known as Viekira Pak in the U.S., it has been widely expected to go head to head with Gilead Sciences (NASDAQ:GILD) and its blockbuster HCV duo Sovaldi and Harvoni. More specifically, with Harvoni being administered sans interferon and ribavirin for genotype 1 patients, it's expected to be a direct challenger to Harvoni.

However, last week, AbbVie and Express Scripts (NASDAQ:ESRX) announced a multi-year agreement whereby Express Scripts will exclusively use Viekira Pak for eligible genotype 1 patients and utilize Gilead's Sovaldi for additional genotypes where Viekira Pak isn't currently indicated. In exchange, AbbVie agreed to provide Viekira Pak to Express Scripts at a "significant discount," though the nature of this discount has yet to be revealed by either party.

Obviously, Viekira Pak's exclusive agreement could be just the spark long-term AbbVie shareholders were looking for to help replace Humira's sales when it goes off patent later this decade. In the meantime, AbbVie is forecast to grow sales and profits by double-digits for perhaps the next couple of years, and it announced a 17% dividend increase in October to $0.49 per quarter. Sporting a forward P/E of 16 and yield of nearly 3%, this could be a cheap dividend stock that both income and growth investors appreciate.

2. Orange (NYSE:ORAN)
Whereas most stocks were in all-out rally mode since the Great Recession, shareholders in French telecom giant Orange have been pummeled. Fierce competition from low-cost wireless carriers in its home market of France and a weak European economy have wreaked havoc on Orange, causing the company to lower what had been a mammoth dividend and restructure its operations.

I'm fully aware that probably doesn't sound very good. However, Orange is nearing the end of its restructuring period, which included steep cost cuts and the sale of non-core assets like the sale of Dominican Republic assets for $1.4 billion to Altice in November. Putting these restructuring costs in the rearview mirror is critical for Orange to demonstrate to shareholders how it's trimmed its expenses and boosted its margins. It'll also provide a nice bump up in EPS that could ultimately surprise Wall Street.

Also, Orange has been looking for ways to expand its reach beyond Europe, and Africa appears to be the solution. While most companies are turning toward Asia to boost their bottom lines, in the telecom industry, Africa represents an area of huge, but largely untapped, potential. Orange notes that Africa could have around 500 million mobile users by 2016. As of Sept. 2012, Orange already had 95 million wireless subscribers throughout the region and has set plans to unveil 3G throughout Africa by the end of 2015. This investment in Africa, while expensive now, should pay big dividends (pardon the blatant pun) throughout the remainder of the decade.

With the European economy mostly on the mend, it looks as if Orange shareholders' recent good fortune may continue. At just 12 times forward earnings, Orange is very reasonably priced, and the 5.5% yield it paid out to shareholders in 2014 certainly makes Orange a cheap dividend stock worth considering for income investors with a greater appetite for risk and international exposure.

Like most oil-related stocks Valero Energy is simply guilty by association. Oil prices have plunged by 50% since summer, and fears that falling prices could adversely impact the desire to improve asset recovery and boost refined production persist. Further, worries exist that low oil prices could send the world into a global recession.

However, I'd suggest that Valero is not one of those oil companies investors need to be concerned with. You see, rapidly falling crude oil is often great news for refiners, which see their crack spreads widen. Crack spreads are the margin indicators for refiners, so their widening signals heftier profits. In Valero's third-quarter results, for instance, it saw its operating income more than triple to $1.7 billion from $0.53 billion in the year-ago quarter.

In spite of concerns that low oil prices could hamper drillers' production, there are two factors aside from favorable crack spreads that should also work in Valero's favor. First, low crude prices tend to attract consumers to spend more. They're more willing to drive to their destination, meaning crude demand, and thus the demand for refined gasoline, could actually increase in the coming quarters. Also, with many drillers having pretty steep debt obligations following the rapid development of U.S. shale over the past decade, they may simply choose to boost production in order to generate extra cash flow to meet their debt obligations. This, too, would be excellent news for refiners like Valero.

At a forward P/E of less than 10 and boasting a dividend yield of 2.4% Valero Energy is certainly worth a close inspection.