Please ensure Javascript is enabled for purposes of website accessibility
Log In Help Join The Motley Fool
Free Article Join Over 1 Million Premium Members And Get More In-Depth Stock Guidance and Research
By Chuck Saletta - Updated Apr 10, 2017 at 6:46AM

Most American seniors rely on Social Security for at least half their income. That makes Social Security an incredibly important part of nearly every American's retirement plans. Still, with the typical retiree receiving only around $1,364 per month, it's vitally important to have another source of income to have a reasonably comfortable retirement. if you expect to live for more than a handful of years in retirement, solid company stocks can play a role as part of your overall retirement plan.

It's a bad idea to rely on selling stocks to cover your immediate retirement income, as an unfortunate turn in the market can force your accounts to run out of money before you run out of retirement. Still, for the stock portion of your plan, great stocks to consider are ones that pay dividends, have increased their dividends over time, and look capable of keeping up the trend. The three stocks we'll discuss here show potential along those lines and thus are worthy of consideration as part of a retiree's portfolio. 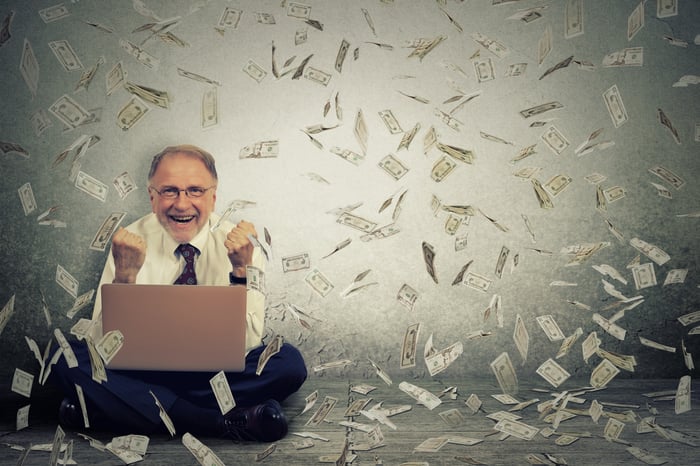 An energy business that can profit even when prices are low

Valero Energy (VLO -0.57%) is the largest independent energy refiner in the United States. As a refiner, it takes in crude oil and turns it into useful products such as gasoline. What matters to refiners such as Valero is something known as the "crack spread," the difference between what a barrel of oil costs and what the products refined from that oil fetch in the market.

Valero currently pays a quarterly dividend of $0.70 per share, which it recently raised from $0.60. Its current yield is around 4.3%.  Even with that increased dividend, it only pays out about half its earnings as dividends, giving it room to continue raising those dividends as its earnings grow over time.

Backing up that dividend strength is a balance sheet that hasn't abused leverage. A debt-to-equity ratio of 0.4 and a current ratio of around 2.0 give it financial maneuvering room to handle the volatility in oil prices and still wind up OK.

The company at the core of our digital existence

Networking titan Cisco Systems (CSCO 2.73%) may not have a long history as a dividend payer, but once it started paying dividends, it certainly took them seriously. It has increased its dividend every year since initiating one in 2011, and its dividend currently sits at $0.29 per share per quarter, for a yield of around 3.5%. Even with that dividend increase, Cisco pays around 54% of its earnings as dividends, giving it room to continue raising those dividends as its earnings grow over time.

Cisco expects network traffic to grow substantially over the next several years as mobile, video, and gaming services continue to expand. That traffic growth translates into product and services growth opportunities for Cisco, which is already the largest networking company around.

Cisco also has not overleveraged itself, with a debt-to-equity ratio below 0.6 and a current ratio above 3.6. Those solid measures help assure that Cisco has the financial strength to deal with economic uncertainty while continuing to build out the networks of tomorrow.

A healthcare company with a focus on efficiency

Cardinal Health (CAH 2.70%) is a multibillion-dollar company that provides products and services to the healthcare industry with a focus on cost-effectiveness as well as quality. Whether you look at it from the perspective of an aging population that needs more healthcare services or the perspective of those who pay the bills and are looking for deals, it's a field that will remain in demand for quite some time.

Cardinal Health's most recent quarterly dividend was $0.4489 per share. That was the company's fourth consecutive dividend at that level, and its recent trend is to increase its dividend annually, so we'll probably find out in the next month or so whether that trend will continue. With a payout ratio of around 42% of earnings, Cardinal Health has room to continue its trend if it so chooses. At recent prices, that represents a respectable yield of around 2.2%.

With a debt-to-equity ratio of around 0.85 and a current ratio of about 1.1, Cardinal Health has a pretty solid balance sheet and looks capable of navigating economic cycles well. While healthcare services are largely in demand no matter what the economy is like, the company's solid balance sheet should help if its consumers are unable to make timely payments because of their own personal circumstances. 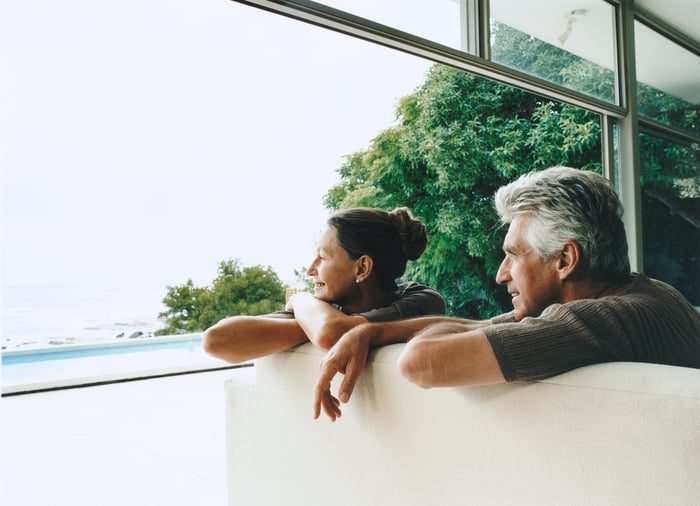 These three stocks can help bolster your retirement portfolio thanks to their solid balance sheets, histories of increasing their dividends, and likely ability to continue increasing their payments. Whether you choose to use those dividends to help replenish maturing bonds in your portfolio or the somewhat riskier path of directly spending your dividends in retirement, these companies deserve consideration as part of your overall plan.