There is a lot more to quarterly reports than just earnings. Here are three of the most important things from Annaly's fourth quarter. 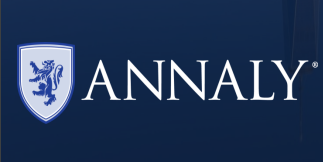 Annaly Capital Management (NLY -1.53%) reported fourth-quarter earnings on Wednesday. The top- and bottom-line earnings looked fine, but if you read between the lines, there are a few key stats and metrics that give greater insight into how Annaly is doing, along with its strategy for the future. Let's take a look.

Managing interest rates
One of Annaly's top priorities is to manage interest rates. This priority has become even more relevant recently as the Federal Reserve began increasing short-term interest rates this past December.

Annaly makes short-term borrowings to fund its investments. So when the Fed increases rates, it also increases Annaly's cost of funds. To protect itself, Annaly uses things such as interest-rate swaps. These hedging tools allow Annaly to trade the floating interest rate on its debt for fixed rates and lock in its borrowing costs. The catch is that interest-rate swaps can get pricey.

For instance, instead of paying a floating rate of 0.90%, Annaly has entered into contracts to lock in a portion its borrowings at an average fixed rate of 2.26%. This is a miserable trade-off unless Annaly believes rates will rise, and looking at Annaly's "hedge ratio" -- or the percentage of borrowings that have been swapped for fixed rates -- is a good indication of how worried Annaly is about rising rates.

Annaly's peers, such as American Capital Agency (AGNC -1.48%) and Two Harbors (TWO -5.02%), believe that rates will stay low. In fact, Two Harbors CEO Tom Siering stated during the company's fourth-quarter call that "lower for longer seems like the most likely scenario." As of the fourth quarter, Annaly's hedge ratio was 57%. That figure is down considerably from 92% in December 2013, but it's also up from 48% in December 2014. This figure suggests that Annaly is more cautious than a year ago but more or less on the same page as its peers, in that rates will rise more slowly.

Net interest rate spread
The decision to use, or not use, hedges is important for protecting against rising rates, but it also has an impact on Annaly's borrowing costs, which can influence profitability.

The net interest rate spread is like a profit margin for mortgage REITs. The metric measures the difference between what it costs Annaly to borrow and the yield on its assets. This metric is useful because a narrowing of Annaly's spread has historically correlated with a decline in its dividend.

The good news is that Annaly reported a spread of 1.47%, which is a significant improvement over 0.83% in the previous quarter. The Fed's increase in rates pushed Annaly's cost of funds up slightly, but that increase was offset by higher yields on its investments. This figure matches American Capital Agency's spread of 1.47%, but it's lower than Two Harbors' spread of 3.26%.

Like American Capital Agency, Annaly has historically focused exclusively on agency residential mortgage-backed securities, or agency MBSes. These are pools of mortgages packaged into fixed-income securities and stamped with a guarantee against default by Fannie Mae and Freddie Mac. However, over the past couple of years, Annaly has expanded its investments into non-agency MBSes -- pools of residential mortgages packaged into securities by private companies -- as well as commercial debt and equity. These investments have a higher yield, which can easily double the 3% yield on 30-year agency MBSes, but they also carry the risk of default.

As of the fourth quarter, credit investments represent 23% of Annaly's equity, or about 9% of assets, compared with 11% of equity and 2% of assets at the end of 2014. For comparison, 45% of Two Harbors' assets are in credit investments. However, this trend will be interesting to watch, as Annaly has explicitly stated in past annual reports that investments other than agency MBSes will not exceed 25% of shareholders' equity. But, then again, rules were made to be broken, and I see no sign that Annaly is slowing down the growth of its credit investments.

Managing interest rates and profitability is important, but the move into credit investments has the more significant long-term implications. I appreciate the new strategy, and I like the opportunity it creates. But this is a company that has historically focused on one very safe asset class, and now it owns retail properties, apartment buildings, subprime mortgages -- which you may remember as the low-quality mortgages that became infamous during the financial crisis in 2008 -- and billions of dollars' worth of commercial debt.

Annaly is becoming a very different business, and I'm curious to see how far it's willing to go in this new direction.