Investing in the internet has led investors on a roller-coaster ride over the past 20 years. The tech boom of the late 1990s gave way to the bust of the early 2000s, but since then, the internet has emerged as a key source of growth in the technology sector. Even as wireless technology has taken strides to replace internet browsing with app-based use, the internet still has plenty of investment opportunities worldwide. ETFs give investors quick exposure to a number of promising internet stocks, and the following four internet ETFs take different pathways toward getting their shareholders the returns they want to see.

Two of the four top internet ETFs focus largely on the U.S. companies that pioneered the space. The First Trust ETF has achieved greater market penetration, dwarfing its rivals in the internet ETF space. Among its top holdings, you'll find the popular FANG stocks well represented, along with other companies in the online marketplace, travel website, and online brokerage industries. The ETF has 42 stocks in its portfolio, giving it a balanced approach that includes both the companies that help create and maintain the physical and technological structure of the internet and the businesses that have exploited the internet by adapting it to their own industries. All of the ETF's holdings have to get at least half of their revenue from the internet annually, and with a float-based weighting approach, the biggest stocks in the industry get the most weight in the ETF's assets.

The PowerShares ETF hasn't attracted the same interest from investors, but it looks quite similar to the First Trust fund in many ways. The top holdings are quite similar, with slightly different ordering across the stocks. Yet unlike the First Trust ETF, the PowerShares fund introduces a 25% allocation to non-U.S. internet stocks, most notably the giants of the Chinese internet industry that have taken similar approaches to U.S.-based counterparts. The PowerShares ETF also has less of an allocation to companies that maintain the backbone of the internet, instead emphasizing to a greater extent investments in the corporate users of the internet. 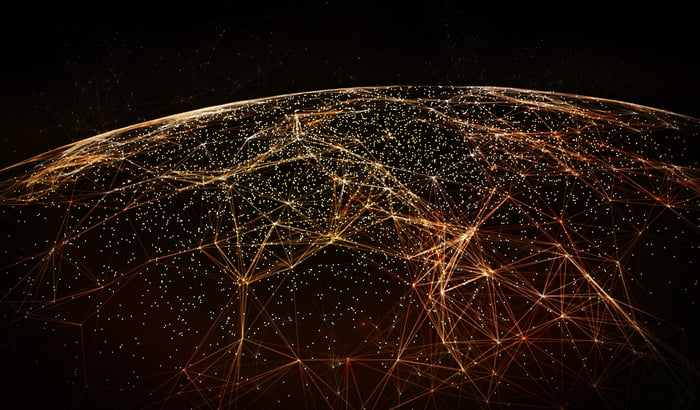 The global power of the internet

The other two main internet ETFs specifically look to go beyond U.S. investments. The KraneShares ETF focuses solely on China, offering access to Chinese companies that have sought to provide internet services like search, social media, microblogging, and online marketplaces. The fund's investment objective is to find companies that will benefit from a rising middle class in China, noting the growth available in the world's most populous nation. With a 45% gain so far in 2017, the Chinese internet ETF has done quite well for itself.

The Emerging Markets Internet & eCommerce ETF takes a slightly broader approach to global investing, choosing to go beyond China. The index that the ETF tracks includes more than 40 stocks in over a dozen countries across the world, although the Asia-Pacific region still dominates the fund with almost 80% of its assets allocated to the area. Roughly 10% allocations to Latin America and to the emerging Europe, Middle East, and Africa region round out the portfolio. The fund's inception date makes its return deceivingly low, but it has enjoyed much of the same success as other internet ETFs more recently.

Which internet ETF is best for you?

Internet investors differ strongly about whether the best opportunities for future development are in the U.S. or abroad, and so which internet ETF will work best for you depends on your opinions about that key matter. U.S. internet stocks still have plenty of potential, but those with greater risk tolerance might find even bigger rewards in the rest of the world.