Integrated oil companies and independent exploration and production companies both essentially live and die by their reserve base. If reserves aren't replaced quickly enough, a company can't hope to maintain, let alone grow, production. That's why investors want to keep an eye on reserves for companies in this space. 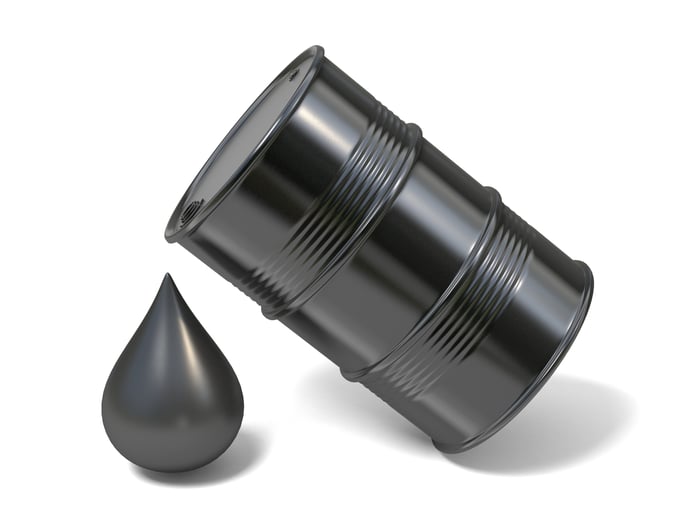 The tricky thing is, reserves take many forms. There's crude oil, which is measured in barrels. Then you have natural gas, whose base unit is 1,000 cubic feet. Many companies have a mixed reserve base, and they need a way to represent to investors the total energy content of that base. They do that typically by converting all of the reserves to a barrel of oil equivalent, or BOE, basis.

The conversion is pretty straightforward, but the abbreviations can be confusing. A thousand cubic feet of natural gas -- notated as 1 mcf -- contains about one-sixth of the energy content of a barrel of oil. So 6 mcf of gas equals 1 BOE. You'll also see barrels of oil equivalent sometimes represented as "bboe," where the double-b represents the plural, "barrels."

Now, large companies don't have total gas reserves in the mere thousands of cubic feet -- that wouldn't be much of a reserve base. Rather, they tend to have reserves in the millions (mmcf), billions (bcf), and trillions (tcf).

Peek in on the oil and gas sector at Motley Fool CAPS, where you can speak out on just about any sector or stock you like. Best of all, joining our investor-intelligence community is free of charge.

Fool contributor Toby Shute doesn't own shares in any company mentioned. The Motley Fool's disclosure policy has no equivalent.