Show of hands: How many of us have ever entered the wrong stock ticker into a buy order? Wow, that many? OK, have you ever based an investment decision on how the ticker symbol makes you feel? Or ever been attracted to researching a horrendous stock simply because the ticker was so snappy? 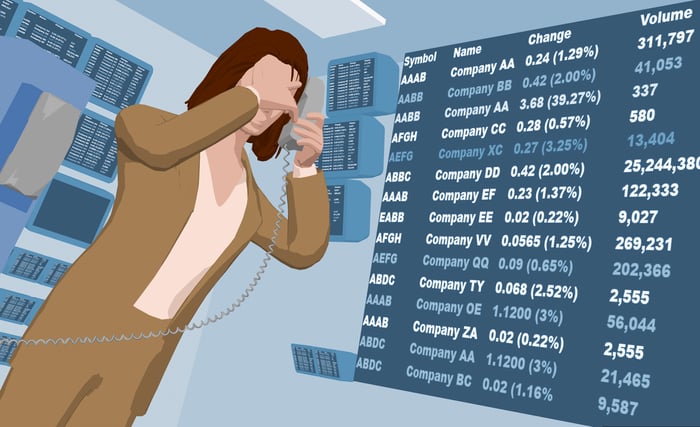 Don't laugh -- these things do happen, however little sense they might make. Why else would Sun Microsystems have bothered to change its ticker from SUNW to JAVA in 2008? The change makes very little practical difference, but JAVA is just easier to remember, and it ties into one of Sun's most prized products: the Java programming language.

You can bet that Natus Medical (NASDAQ:NTUS) thought long and hard to land the BABY ticker. NATS or NTUS would have worked fine, but the company specializes in newborn-care products. There's an emotional hook on that BABY. Is that enough to make you buy a stock you'd otherwise pass over? Hard to say, but Natus doesn't lose anything by taking that chance.

Some unexpected tickers have more trite explanations. NYSE Euronext should by all accounts want the NYSE ticker, except that the NYSE doesn't offer four-letter tickers. To claim the NYSE moniker, it would need to register with competitor Nasdaq OMX's (NASDAQ:NDAQ) stock exchange. That irony would simply be too rich.

Now that the NYSE owns the American Stock Exchange, it dominates the three-letter ticker universe -- although not exclusively, as some Nasdaq companies now sport shorter tickers as well. Still, many big companies tend to prefer the NYSE -- including the other AMEX, American Express (NYSE:AXP).

The NYSE exchange has a lot of tradition baked into it, and a long history of highly liquid trading in top-notch securities. These days, there may not be much of a difference between NYSE and Nasdaq trading when it comes to liquidity and market exposure, but traces of that age-old supremacy remain in investors' minds. That's why Coca-Cola (NYSE:KO) goes by the less-than-obvious KO ticker on the NYSE while the lesser-known Coca-Cola Bottling (NASDAQ:COKE) gets the COKE symbol on NASDAQ.

The companies don't really mean to confuse us, but history and tradition just worked out this way. And just imagine the massive confusion that would ensue if those two Coke entities ever attempted to swap tickers -- a giant with a $200 billion market cap and over $400 million in daily trading volumes would take the place of a $2 billion minnow that shifts less than $8 million worth of shares each day. One day's worth of fat-fingered KO trades would move one-fifth of the bottling company's share base into new hands.

So, no, the names don't really matter. Just remember which ticker goes where -- and try to keep up.