Your loss. Their gain.

"THERE ARE IDIOTS. Look around." So begins an old essay by White House economic advisor Larry Summers, challenging the theory of rational markets.

Markets do crazy things. Economies do funny things. People do stupid things. The majority of investors learned this the hard way over the past two years.

A few others, however, saw it all coming, and made ungodly fortunes as global economies erupted from stupidity overload. Here are seven of them. 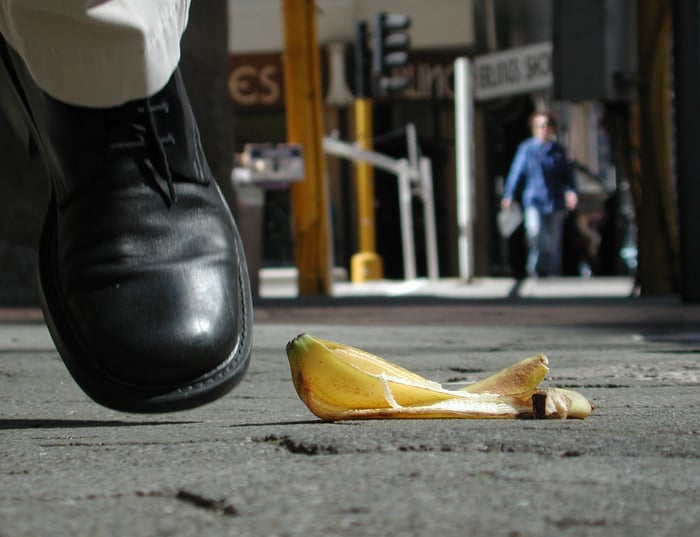 Andrew Lahde
Few have ever heard of Andrew Lahde. Those who have mostly know him for a letter he wrote to his hedge fund investors last fall, colorfully describing why he was quitting after making 870% in 2007 (and probably a good deal more in 2008) by shorting the subprime market. In Lahde's own words:

I will no longer manage money for other people or institutions. I have enough of my own wealth to manage ... I will let others try to amass nine, ten or eleven figure net worths. Meanwhile, their lives suck. Appointments back to back, booked solid for the next three months, they look forward to their two week vacation in January during which they will likely be glued to their Blackberries or other such devices. What is the point? They will all be forgotten in fifty years anyway. Steve Balmer, Steven Cohen, and Larry Ellison will all be forgotten. I do not understand the legacy thing. Nearly everyone will be forgotten. Give up on leaving your mark. Throw the Blackberry away and enjoy life.

So this is it. With all due respect, I am dropping out. Please do not expect any type of reply to emails or voice mails within normal time frames or at all.

Roy Niederhoffer
Sibling rivalry! Roy's brother, Victor Niederhoffer, is well know for relying on mathematical models to amass insane amounts of risk when times are good, then becoming bewildered when his hedge funds blow up at the slightest blip of anything outside the wisdom his models foretold.

Little brother Roy's hedge fund took the seemingly opposite approach, scoring a gain of 54% in his short-biased fund, and 19% in a long-biased fund, during 2008.

Don't expect victory dances anytime soon. According to The New York Times, he's literally banned fist-pumping in the office in an attempt to preserve humility.

Hank Paulson
When the former Goldman Sachs (NYSE:GS) CEO became Treasury Secretary in 2006, Paulson had to sell his $500 million stake in the Wall Street bank to avoid a conflict of interest. (Tell that to the conspiracy theorists.)

As the law permits for these situations, Paulson didn't have to pay one single penny in capital gains tax on those sales.

In mid-2006, Goldman shares sold for about $160. By late 2008, shares traded hands at $47. They've since rebounded to the same $160 level, but we'll go out on a limb: Quitting while he was ahead and shaking hands with the government was one of the best investments Paulson ever made.

James Simons
Simons' hedge fund, Renaissance Technologies, employs an army of computers to exploit market inefficiencies. When markets went totally nuts last year, the computers jumped in and did their work. Renaissance's main fund, Medallion, was up 80% in 2008, or almost 160% before fees. Simons pulled down a cool $2.5 billion for himself. The computers got no bonuses.

Despite the uproar surrounding computerized trading, Simons insists he isn't responsible for wrecking shop. Testifying before Congress last fall, he claimed "In my opinion, the most culpable [are] the rating agencies, which allowed sows' ears to be sold as silk purses."

John Paulson
Probably the most famous of the hedge-fund managers who got it right, Paulson made himself $3.7 billion in 2007, and another $2 billion in 2008, by correctly betting financial markets would go boom. That's more than $5,400 per minute, every minute, for two years straight.

These days, Paulson's done a complete 180: His fund has amassed a massive $2.2 billion stake in Bank of America (NYSE:BAC), as well as smaller stakes in JPMorgan Chase (NYSE:JPM), Goldman Sachs, and Capital One (NYSE:COF).

Meredith Whitney
Before 2007, the chief things most people knew about Meredith Whitney were that she was married to a professional wrestler, and that she didn't look like most Wall Street analysts. (We'll leave it at that.)

Then she was one of the first to warn of Citigroup's (NYSE:C) looming problems. Her CNBC appearances went full-throttle, and people began to listen.

In fact, they listened so much that Whitney quit her post at Oppenheimer and started her own firm, Meredith Whitney Advisory Group, earlier this year.

Two weeks ago, Whitney announced that her firm had acquired the broker-dealer Seegal Benson Leucadia Securities, and would change the name to ... Meredith Whitney Securities. How humble. It's funny what kind of fame one or two good calls can bring.

Nouriel Roubini
I can't prove Roubini -- NYU professor and early predictor that Fannie Mae (NYSE:FNM) and Freddie Mac (NYSE:FRE) could croak -- has made any meaningful money from the collapse. Common sense tells you that his speaking fees have gone through the roof, but I can't prove it.

But seriously, check out these pictures of Roubini just killing it. Fear sells in more ways than one, my friends.

Fool contributor Morgan Housel doesn't own shares in any of the companies mentioned in this article. The Fool has a disclosure policy.