But it will still fail.

I'll be honest. I was expecting Research In Motion (BB 3.74%) to disappoint when it reported fiscal second-quarter earnings Thursday night. The BlackBerry maker failed again, except in this case it simply failed to disappoint since shares promptly jumped by upwards of 25% in after-hours trading.

Let's dig into the good and bad of the report.

Bad: Devices
BlackBerry smartphone shipments came in at 7.4 million, a 30% drop from the 10.6 million shipped a year ago. That also happens to be almost exactly half as many smartphones the company shipped at its peak in fiscal Q4 2011, which came in at 14.9 million. This trend is unlikely to change within the next quarter or so, as even potential buyers are still anxiously awaiting BlackBerry 10, so unit shipments should continue to slide until the new platform is launched. 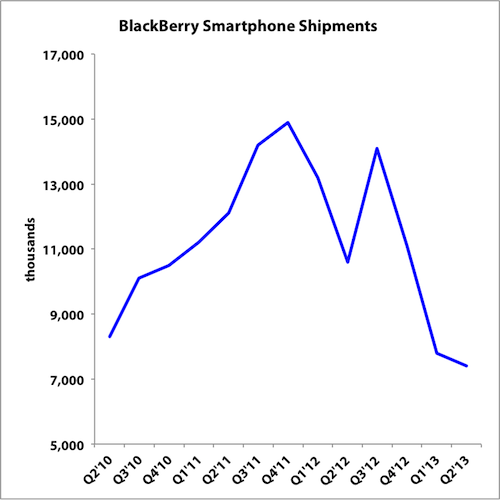 PlayBook shipments played out similarly, with the company shipping 130,000 this quarter. That's the lowest they've ever been since the tablet was launched a year and a half ago. That hardly compares to the 17 million iPads that Apple (AAPL 2.56%) sold last quarter. The PlayBook's hardware has remained largely unchanged since its introduction -- save for the recent addition of 4G LTE connectivity and a couple tiny spec bumps. 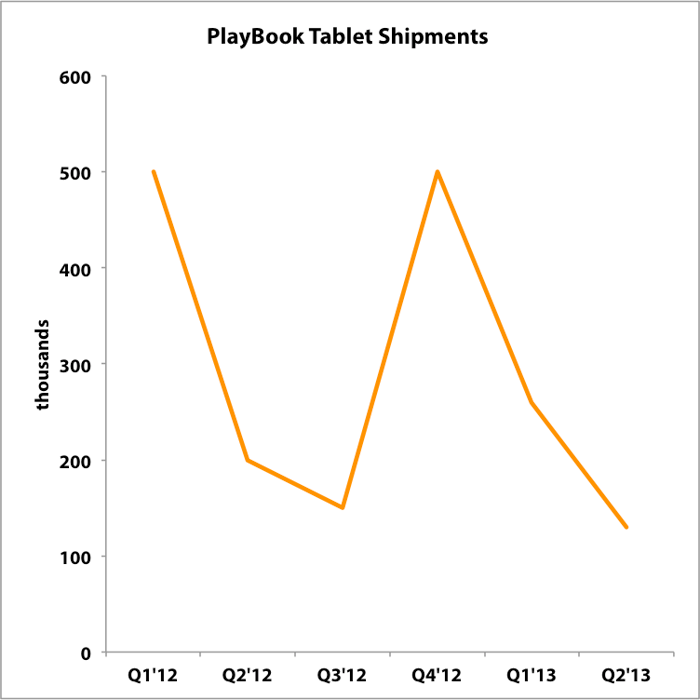 The device front for Research In Motion is gloomy all around, and only the launch of BlackBerry 10 has the remote potential to turn the tide.

Good: Subscribers
There's some good news though: BlackBerry subscribers are at an all-time high, coming in at 80 million. The fine print there, however, is that sequential growth has slowed to a crawl, adding just 2 million subscribers this quarter. For the past three quarters, subscriber gains have been modest, in the range of 1 million to 2 million per quarter. That's well below the 5 million per quarter it used to enjoy.

Of that subscriber base, 6% were affected by the recent service outage that struck much of Europe, something that's been occurring with increasing regularity. Continued service disruptions threaten RIM's ability to retain subscribers, and service now comprises over a third of revenue.

Good: Cash
All eyes have been on RIM's cash position as the clock ticks down on its turnaround. The company improved its overall cash position by roughly $100 million and now has $2.3 billion in cash and equivalents on the balance sheet. The company generated $432 million in operating cash flow and positive free cash flow.

This was helped by RIM converting a decent amount of its receivables into cold hard dollars. Management expects the company's cash position to remain "stable" in the third quarter.

Good: No BlackBerry 10 delays
CEO Thorsten Heins said that BlackBerry 10 is still on track for the first quarter of 2013, as in there are no further delays to report at this point. That also means that RIM is going to mostly miss out on the critical holiday shopping season bonanza. It also hopes to make social networking a big part of BlackBerry 10, partnering with Facebook (META 1.21%), Twitter, and LinkedIn (LNKD.DL).

This turnaround can't even start without BlackBerry 10's presence, so the lack of any more delays is definitely good news for investors. Developers will play a critical role in the success or failure of the platform. Management knows this, which is precisely why it released this music video to rally the developer troops, expressing the company's eternal affections. 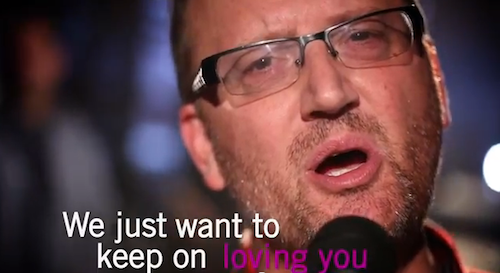 If that doesn't work in boosting developer excitement, there are always sweaty chants.

Its outlook was rather vague, expected after the company stopped providing financial guidance earlier in the year. Management did say it sees "continued pressure" on operating results amid tough competition, falling unit volumes, and increased marketing expenses. Service revenue may also be under pressure as subscribers push for lower fees. Next quarter should also see another operating loss.

Still, just beating expectations doesn't make the figures good by any stretch of the imagination.

Evan Niu, CFA, owns shares of Apple. The Motley Fool owns shares of Apple and Facebook and has the following options: long JAN 2014 $20.00 calls on Facebook. Motley Fool newsletter services recommend Apple and Facebook. Try any of our Foolish newsletter services free for 30 days. We Fools may not all hold the same opinions, but we all believe that considering a diverse range of insights makes us better investors. The Motley Fool has a disclosure policy.