After a 15% increase for the week ending Oct. 13, the most recent data reflect a second straight week of decreasing claims. 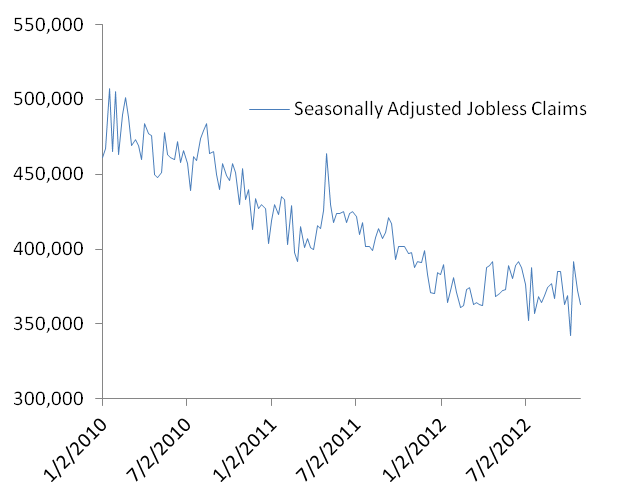 The four-week moving average also fell to 367,250, a slight 1,500 below the previous week's revised number.

According to economists, weekly initial claims of less than 400,000 serve as evidence of an improving labor market.

The insured unemployment rates continue to hover at 2.5% (3.3 million) for the week ending Oct. 20 (the most recent available data).