So what: President Obama's win yesterday eliminates any hope that the president would reduce environmental regulations on coal, a hindrance the industry often points to. The industry spent millions of dollars opposing Obama, and it looks like the money has gone to waste as well.

But while investors are worried about Obama, they're overlooking the two factors that really led to the industry's decline. Natural gas, which has begun replacing thermal coal for electricity generation, has been steadily rising since May, and this will help spur demand for coal. 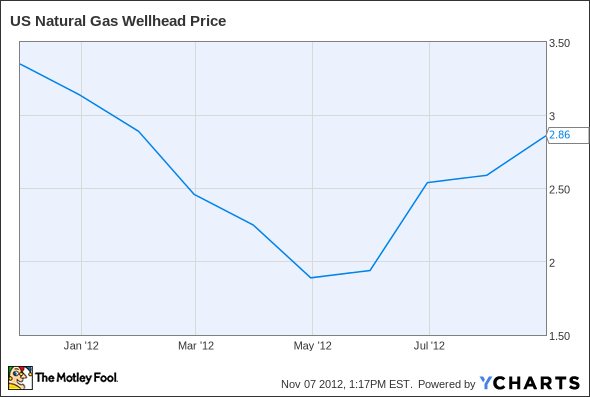 Second, the industry has been shutting down high-cost mines that have led to oversupply, so the supply-demand imbalance isn't as bad as it once was. Macro forces are at least improving for coal, which is a good sign long-term no matter who is president.

Now what: I don't think the election really had anything to do with coal demand no matter the rhetoric, so I think this is a vast overreaction by investors. It will take time for coal to be replaced in America, and demand for thermal and metallurgical coal is still growing in emerging markets. Even under the Obama administration we've seen an improvement in earnings in recent quarters, and if natural gas continues to rise and the economy improves, I think the trend will continue.

I'm not bullish on coal, but I'm not as bearish as I once was, and I don't think the industry will die under Obama. What investors should look to do is diversify to growing energy sources like natural gas if they're looking for ways out of coal.