Hurricane Sandy pushed industrial production down in October, with the month showing a 0.4% decrease from September,  according to numbers released today by the Federal Reserve. Click here to open a PDF of the statistical release of the Industrial Production and Capacity Utilization Index.

The Fed estimates that Hurricane Sandy -- which hit the East Coast in late October -- accounted for a nearly 1-percentage-point production drop from September to October. According to the Fed, Hurricane Sandy most drastically reduced output for utilities, chemicals, food, transportation equipment, computers, and electronic products.

While storm-related effects pushed the manufacturing index down by 0.9%, mine production increased by 1.5%. Compared to last year, October's industrial production was up 1.7%, but at 96.6% of the 2007 average.

The past six months have seen little change in industrial production, with the largest rise (0.7%) occurring in July and the largest fall (1.1%) following in August. In September, production increased 0.2%. 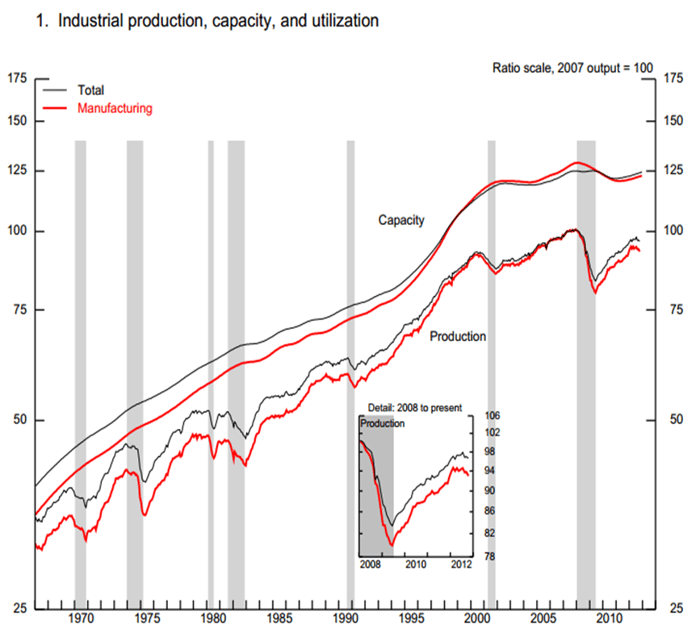