Initial jobless claims rose 1.1% to 371,000 for the week ended Jan. 5, according to a Department of Labor report released today. That's a week-to-week increase of 4,000 and follows last week's revised 1.4% bump and the preceding week's revised flatline. 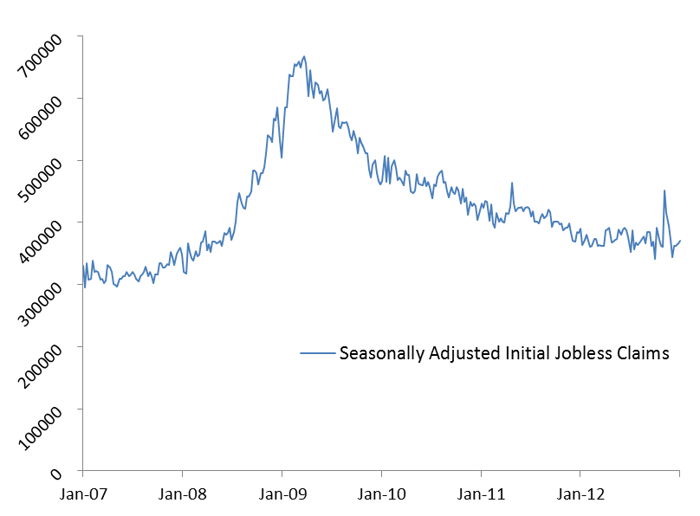 On a state-by-state basis, eight states experienced initial jobless claims decreases of more than 1,000 for the week ended Dec. 29 (most recent available data). Florida and Texas recorded week-to-week declines of 11,000 and 7,500, respectively, with Florida citing fewer layoffs in agriculture and construction and other industries, and Texas noting that offices were closed during the holidays. Michigan and Pennsylvania reported initial claim increases of 15,100 and 12,500, respectively. The states listed layoffs in manufacturing, transportation, and construction among the main reasons for the increase in claims.

The advance seasonally adjusted insured unemployment rate dropped to 2.4% for the week ended Dec. 29 (most recent available data), a 0.1-percentage-point decrease from its previous 2.5%, which had been maintained since October.