Analysts had expected a slight increase to 48, but long-term trends remain positive after eight months of steady improvement. Still, the homebuilders' index has yet to cross above 50, which would mean optimism outweighs pessimism.

On a regional level, all areas of the U.S. posted gains for three-month moving averages in the Housing Market Index. The West passed the tipping point to reach 51, while the Northeast remains most pessimistic at 36.

"Conditions in the housing market look much better now than at the beginning of 2012 and an increasing number of housing markets are showing signs of recovery, which should bode well for future home sales later this year," said NAHB Chairman Barry Rutenberg. "However, uncertainties stemming from last month's fiscal cliff negotiations contributed to the pause in builder confidence and continuing discussions among policymakers related to spending cuts and the future of the mortgage interest deduction could put a damper on housing demand in the coming months." 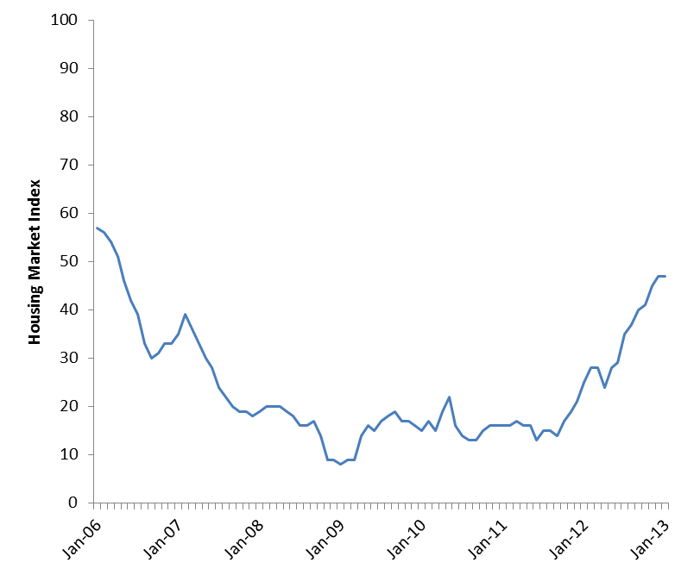