Coca-Cola (NYSE:KO) kicked off this week with an anti-obesity ad that both amazed and angered some Americans. The 125-year-old company isn't exactly known for game-changing strategies, but new policy pushes and consumer advocacy could be exactly what Big Beverage needs to save its personality and profits. Here's what you need to know.

Stats on fats
According to the Centers for Disease Control, more than one-third of Americans are obese. Related conditions include heart disease, stroke, type 2 diabetes, and certain types of cancer.

Even more alarming, childhood obesity has tripled since 1980 and approximately 17% of children and teenagers are obese. In 2008, the condition racked up nearly $150 billion in medical costs. The average American consumes approximately 140 calories per day from sugary drinks..

But it's not just an American problem, either. The World Health Organisation calls it "globesity," and it affects both developing and developed countries worldwide. 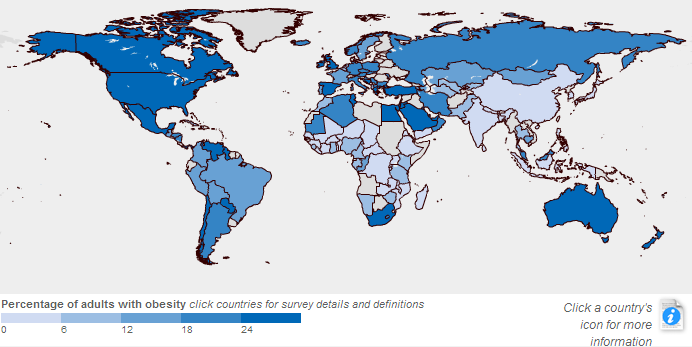 Source: Intl. Assn. for the Study of Obesity.

Supersize me
Beverage companies, policymakers, and everyone in between are embroiled in a bitter battle over the rights to produce and market drinks the way they want to. Fellow Fool Sara Murphy compares recent corporate social responsibility campaigns to those of the tobacco industry, predicting that soda may soon join the ranks of "known evils" like cigarettes.

In a blog post released alongside its new ad, Coca-Cola's VP for public affairs and communications states that "like everyone, we have a vested stake in the health of people worldwide." The advertisement outlines the company's initiative to introduce low- or no-calorie drinks, improve labeling, and reduce caloric intake by children especially.

Coke should've seen this coming
Coca-Cola's made significant strides to improve the nutritional value of many of their products. But their true failing is sacrificing demonstrated change in lieu of perceived change. In 2009, the Center for Science in the Public Interest filed a lawsuit against Coke for deceiving consumers into thinking its vitaminwater drinks provide health benefits. The company's legal response, according to a federal district court judge: "no consumer could reasonably be misled into thinking vitaminwater was a healthy beverage." Needless to say, Coca-Cola's motion to dismiss was rejected, and the legal battle is still raging.

PepsiCo (NASDAQ:PEP) and Dr Pepper Snapple (NYSE:DPS) have also expanded beyond the traditional soft drink model. PepsiCo's 48-52 split between food and beverage sales, as well as 50-50 split between domestic and international sales, lend it a diversity unattainable by beverage-only companies.

PepsiCo's 22 "megabrands," however, point to a sugary-drink-heavy product portfolio. Pepsi-Cola, Mountain Dew, and Gatorade are among the four top products, and Pepsi-Cola's $22 billion in annual sales (one-third of total) blow all the company's other offerings out of the carbonated water. 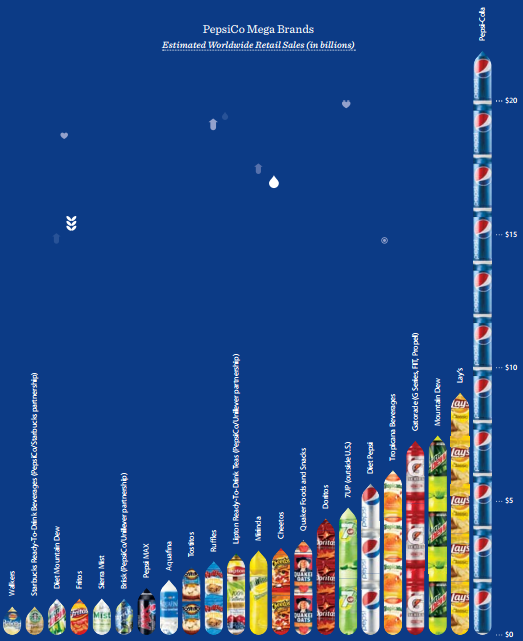 Dr Pepper Snapple, with a market cap 12 times smaller than PepsiCo's and 20 times smaller than Coca-Cola's, should be a quick adapter to health trends, but has lagged behind the beverage behemoths in much of its offerings. The company unveiled a low-calorie Dr Pepper in late 2011 and later added low-calorie versions of 7UP, A&W root beer, Sunkist, Canada Dry, and RC Cola to its lineup. It offers one energy drink product, Venom, but the company's latest 10-K notes that it has "lower exposure to energy drinks."

Emergency rooms and energy drinks
But that might be a good thing. A new government survey suggests that emergency room visits caused by energy drink overconsumption have doubled from 2007 to 2011 alone. The Substance Abuse and Mental Health Services Administration links large amounts of caffeine, like that found in energy drinks, to insomnia, nervousness, headache, fast heartbeat, and even seizures.

As a result, lawmakers sent data requests to 14 energy drink marketers this week, asking for more detail on the drinks' ingredients, benefits, and risks to children and young people. Among the recipients are Monster Beverage (NASDAQ:MNST), PepsiCo, Dr Pepper Snapple, and Coca-Cola.

Monster Beverage is the least diversified of any of these companies, with more than 90% of its products tagged as energy drinks. It owns 40% of energy drinks' $19 billion market share  and sales and profits have shot up in recent years. 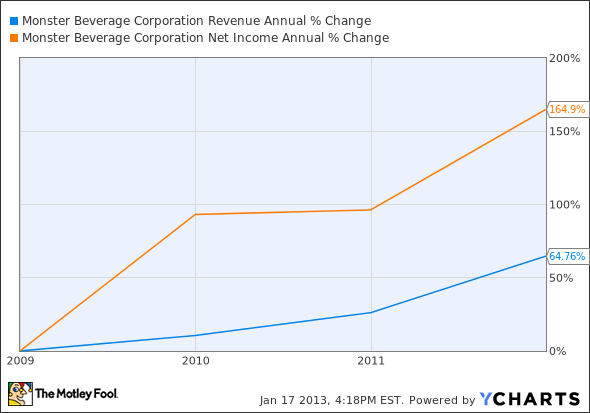 But recent legal battles (including that over the death of a 14-year-old girl) have hammered this stock. Although individual lawsuits might not put a dent in the company's stock, outright bans of drinks like Four Loko have some people questioning whether the FDA will allow Monster to sell many of its products in the near future. Considering 80% of its 2011 sales came from the U.S., it might be time to de-energize your portfolio.

Foolish bottom line
Monster Beverage's energy drink offerings leave it little wiggle room, and the company could face significant policy and consumer-driven backlash in the future. Coca-Cola, PepsiCo, and Dr Pepper Snapple can significantly improve the nutritional content of their products, and each has made some effort to do so. However, each company needs to take consumers' health demands seriously. Slapping "vitamin" or "zero" on the side of a product has proven immensely profitable, and there's no reason to think that backing up that claim with real health benefits will do anything but push a product to the head of its pack.