Advertising on Facebook (NASDAQ:FB) provides a 22% boost to ROI -- at least it did for 22 recent campaigns covering a total of 70 million consumers, says Brad Smallwood, head of measurement and insights at Facebook. This news is yet another impressive metric to add to Facebook's laundry list of success with advertisers in its first 10 months as a public company.

Facebook's quest for ad dollars
Right out of the IPO gate, analysts had big expectations for Facebook to follow through on its massive membership base with ad revenue. The company undoubtedly delivered -- especially in the mobile arena.

Though Google (NASDAQ:GOOGL) definitely did take the mobile ad crown in 2012 with 54.5% of all mobile ad spending in the U.S., Facebook's nascent success in mobile is mind-boggling. It was only in June 2012 that the company introduced its first mobile-only ad feature, yet mobile ads accounted for almost 25% of Facebook's $1.33 billion in fourth-quarter 2012 ad revenues, up from virtually zero earlier in the year.

Facebook's progress in mobile is a welcoming sign for the company's investors. Going forward, success in the mobile market is absolutely essential; eMarketer projects annual mobile ad spending to triple by 2016, from $4 billion today to $12 billion.

Adding even more perspective, eMarketer estimates that 64% of all 2012 ad spending went to the five largest companies in the digital ad market, of which Facebook is the third largest, following Google and then Yahoo! (NASDAQ: YHOO). 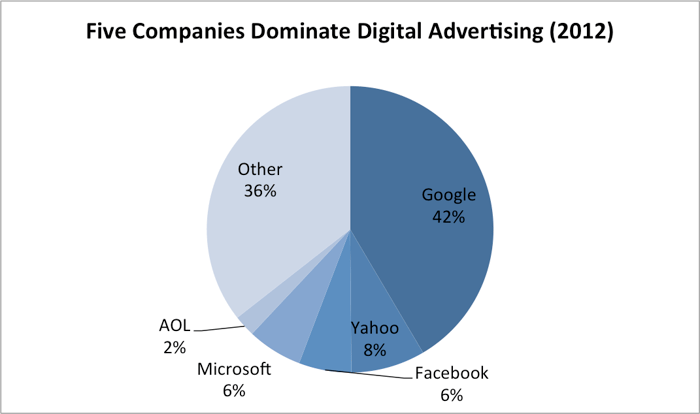 Notably, however, Facebook grew its market share at a faster rate in 2012 than any of the other five companies, growing year-over-year ad spending by 24% compared to Google's 20% growth.

Competition will intensify
The competition among the five largest companies in the digital ad market -- especially Google, Yahoo!, and Facebook -- will undoubtedly grow even more heated as the year goes on.

Then there's Facebook, which CEO and co-founder Mark Zuckerberg declared a mobile company in its fourth-quarter earnings release. Of the company's 1.06 billion monthly active users, or MAUs, as of Dec. 31, 2012, 680 million of them where mobile MAUs -- that's a 57% year-over-year increase.

For instance, the same data by Datalogix that showed a 22% growth in ROI for 22 different Facebook campaigns can also be used as a tool for advertisers, allowing Facebook to access purchasing data without revealing users' identities. This essentially gives advertisers the ability to tailor their campaigns to different segments, such as hardcore or occasional buyers.

Also, rolling out this this week as an official service after a short period of beta testing is Facebook's lookalike audiences. This targeting option for advertisers allows them to reach out to a group of customers with similar characteristics to their current customers. 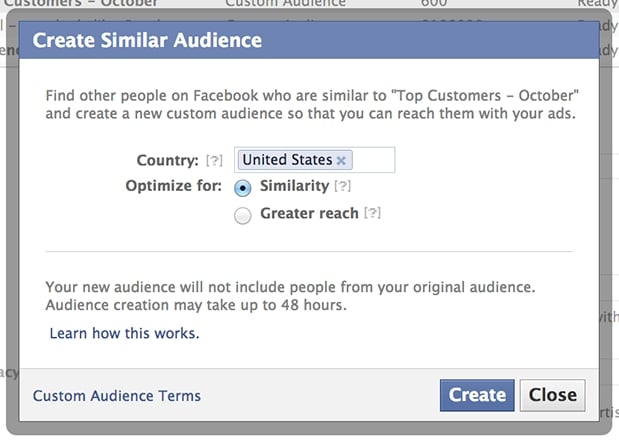 "We've seen this new type of targeting drive a wide range of success metrics for direct response companies like Fab, including lower cost per checkout, lower cost per acquisition, larger purchase size, and faster and increased return on investment," said one post on the Facebook Studio blog.

The race continues
2013 will mark another year of fierce competition for digital ad dollars. Facebook is on track to continue its winning streak and likely gain even more market share as the company's value proposition for advertisers continues to grow stronger.