Wouldn't you know it? Just as talk of Netflix (NASDAQ:NFLX) facing stiff competition reaches yet another fever pitch -- including fresh rumors of music streamer Spotify entering the biz -- Reed Hastings and team today quietly posted all 13 episodes of season 5 of "Mad Men," a move that's sure to make some of the company's 30 million-plus subscribers happy.

"This show is perfect. The look is great. Characters are complex and seriously flawed. Love the way they bring historical events into the show (Kennedy assassination, riots, Vietnam)... we need season 5!" wrote one reviewer at Netflix's page for the AMC Networks (NASDAQ:AMCX) hit.

"LOVE LOVE LOVE this show! My only regret is watching all 4 seasons so fast. Come on with Season 5!!" wrote another.

Their enthusiasm is understandable: "Mad Men" is a multiple Emmy award winner. Amazon.com (NASDAQ: AMZN) also carries all five seasons of the show but only for purchase. Prime members aren't permitted to stream episodes for free the way I can on Netflix. 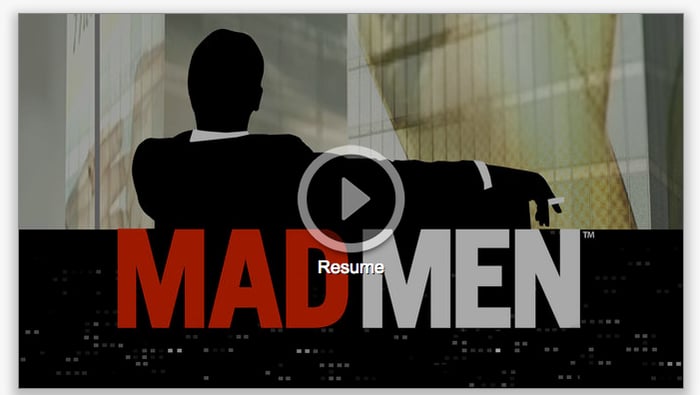 Hulu doesn't have an answer either, while Redbox Instant -- the still-beta streaming joint venture between Coinstar (NASDAQ: CSTR) and Verizon (NYSE: VZ) -- plans to offer movies only.

My point? Reports to the contrary, it's a relatively small (and apparently) shrinking pool of bidders for the sorts of episodic content that makes for Netflix's bread and butter. Getting more of shows like "Mad Men" helps tune and rev the earnings engine.

Not that you'd know it from the news wires. No fanfare accompanied the update. I wouldn't even be writing this were it not for an email from Netflix, which tracks my interests well enough to know that I watch "Mad Men" from time to time. (Presently, I'm going through episodes of "The West Wing.") The email was a simple reminder to check back in, which I will when time permits.

What about you? Are you a Netflix subscriber? Let us know what you think about the company and its competitors in the comments box below.