New orders for manufactured goods increased 3% to a seasonally adjusted $492 billion for February, according to a Commerce Department report (link opens in PDF) released today.

After a revised 1% dip in January, new orders have reached an all-time high since data were first collected in 1992. Market analysts had expected a 2.9% increase. 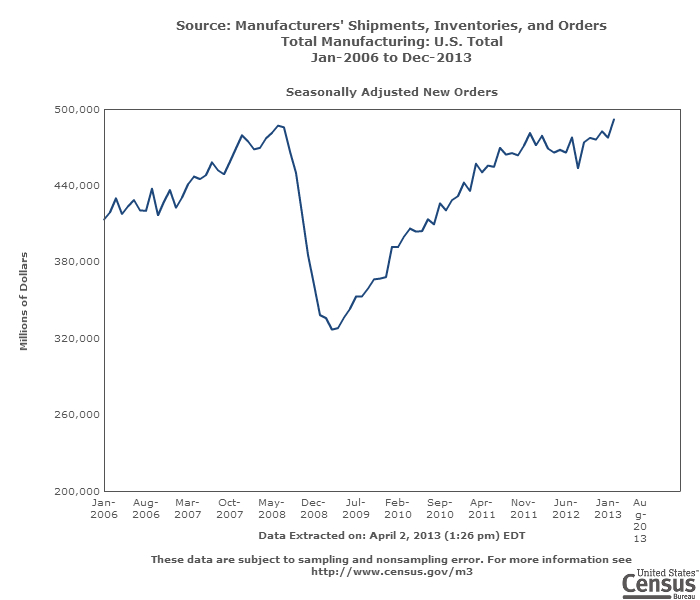 Shipments and unfilled orders continued a consecutive climb in February, both up 0.9% for the fifth gain in six months. Inventories also increased 0.2% to $620 billion for the highest level ever recorded. Even as transportation drove new orders up in February, its 31 consecutive months of inventory increase continued to push inventories higher.