Please ensure Javascript is enabled for purposes of website accessibility
Log In Help Join The Motley Fool
Free Article Join Over 1 Million Premium Members And Get More In-Depth Stock Guidance and Research
By Rich Duprey - Apr 2, 2013 at 1:15AM

In an emergency situation, you're likely to get more valuable, reliable, and up-to-date information off of social media like Twitter and Facebook then you'll get out of FEMA, Homeland Security, or any other number of disaster relief organizations. The hashtag #Sandy was among the top trending topics on Twitter as the hurricane barreled into the East Coast, with residents posting the latest news, pictures, and information along its path.

With hundreds of millions of "boots on the ground," so to speak, social media provides virtually live updates of what's happening and how bad things really are in a disaster.

Where to go when disaster strikes
Last year, Google (GOOGL -0.16%) also greatly expanded its alert system ahead of Sandy, launching "crisis maps" showing the storm's path and providing emergency information, such as evacuation routes, the location of public shelters, and live pictures of the storm. 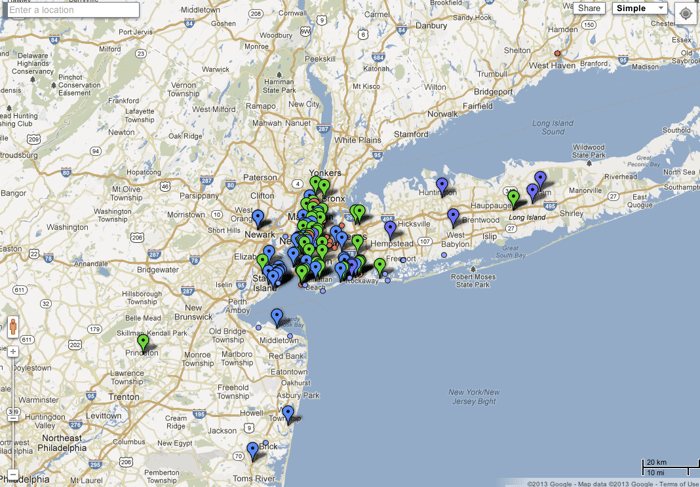 Now it's taking it further by rolling out a system that displays alerts from police agencies all across the U.S.

Hyperventilating over hyperlocal
Partnering with a small start-up called Nixie, a New Jersey-based community information service that alerts you to public safety threats and community events via web, email, and cell phone, Google on Friday tapped into the company's hyperlocal database of 6,500 police agencies to begin displaying alerts when someone searches for a place that has an active alert or uses Google in an area with an active alert.

Beginning with Hurricane Katrina in 2005 when it created satellite imagery overlays of the devastation in the affected region accurately showing the scope of the disaster -- which EMS workers used to help find stranded survivors -- Google has been expanding its "crisis response" resources to develop tools to help determine whether and how to respond.

Last year it teamed up with the National Weather Service, the U.S. Geological Survey, and the National Oceanic and Atmospheric Administration to display warnings issued by the agencies on its maps. Google has since added the Japan Meteorological Agency and AMBER alerts for missing children.

Have your bug-out bag at the ready
Alternative news outlets have been undermining the foundations of traditional media for years now. With social media and the Internet quickly supplanting the TV networks as place to turn to to get immediate information when disaster strikes, Google's crisis response alert system makes it even harder to extricate ourselves from its web.