Katniss and friends make their way to streaming services, more than a year after the theatrical debut. Will Netflix fans even notice?

The Hunger Games is a kingmaker. Shares of producer and distributor Lions Gate (LGF-A -3.57%) have gained a heart-stopping 180% since early 2012, in no small part thanks to Katniss Everdeen's big-screen adventures. The film collected $408 million in domestic ticket sales and $691 million worldwide.

And now, you can stream the movie on Netflix (NFLX 1.56%). Can the dystopian action title light a Lions Gate-size fire under Netflix as well? 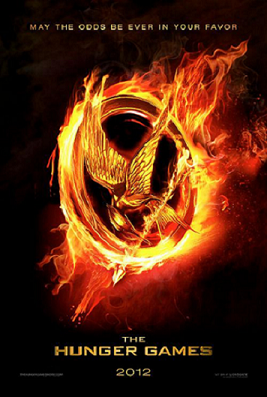 I thought it might, back when the film's path to Netflix was first unveiled. "If Hunger Games and The Walking Dead don't motivate a significant influx of new Netflix subscribers in the second half of 2012, I'll buy a hat just so I can eat it," I said. And I bet you can see the flaw in my reasoning right there.

It's not 2012 anymore. Hunger Games made it to DVD and Blu-ray release by August. Cable channel EPIX won the right to presenting the movie in the premium cable window, which opened on January 1, 2013. EPIX sublicensors like Netflix then had to wait another 90 days to get hold of the title.

Netflix isn't exactly treating Katniss like royalty today. There was a teaser tweet and a brief Facebook post last night. Clicking over to the signup page for new subscribers, you'd hardly know there was a brand-new major title on tap. It's not a full-court press like the account-free mini trial you got for House of Cards in February.

So here we are, 90 days into the new year, and Netflix finally gets to stream one of last year's hottest titles. Meanwhile, Netflix customers in Latin America have enjoyed The Hunger Games digitally since August and the British Isles got an exclusive Netflix deal last month. We're lagging in America, where Amazon.com (AMZN 0.25%) also streams the movie because the exclusive Netflix-EPIX agreement expired last summer.

Yes, Amazon also introduced a Hunger Games stream today. And no, Amazon isn't promoting the title all that much, either.

The fire has faded somewhat, I'm afraid. The first sequel bows in November, and maybe the online movie services will tie into that marketing frenzy instead. Hunger Games arrives too late to really make a difference otherwise.