There's plenty of evidence that a Kindle Phone is coming. But where is it going? There's only one carrier in one geographical segment that makes sense.

It's nearly a certainty at this point that e-tail giant Amazon.com (AMZN -0.69%) is preparing to launch a smartphone, which is now casually known as the "Kindle Phone." This isn't just unfounded speculation anymore; there's plenty of evidence that such a device is en route.

CEO Jeff Bezos has all but confirmed his interest in pursuing a smartphone, saying the hardest part will be to remain differentiated and not simply be another "me, too" device. Over the past couple of years Amazon has also been slowing hiring smartphone talent in the form of former Microsoft Windows Phone execs.

Make no mistake: a Kindle Phone is coming. But where is it going?

Where in the world is Amazon's content?
When it comes to geographical regions, Amazon's content offerings are strongest in the U.S., with little to nothing in most other parts of the world. Amazon has been expanding recently, most notably and naturally with e-books, but its music, TV shows, movies, and apps availability is focused primarily in the U.S. with a pinch of European offerings.

Amazon will have to launch the Kindle Phone in the U.S. first, since it won't seek hardware margins and will rely on its content catalog.

The process of elimination
Of the four primary carriers, chances are that Verizon Wireless and Sprint Nextel won't be carrier partners since they operate CDMA networks. If Amazon wants to truly be disruptive, it will follow in Google's (GOOGL -0.56%) footsteps and try to sell its device unsubsidized, unlocked, and off contract. Unlocked smartphones are typically GSM models because they have easily swappable SIM cards, leaving just AT&T (T 1.71%) and T-Mobile.

Amazon already has deals with AT&T as the service provider for its cellular-equipped tablets, and Amazon even finagled some incredibly cheap data plans, albeit with small data allowances. However, AT&T has always been predominantly an Apple (AAPL -0.30%) iPhone carrier -- a trend that has intensified over the years. 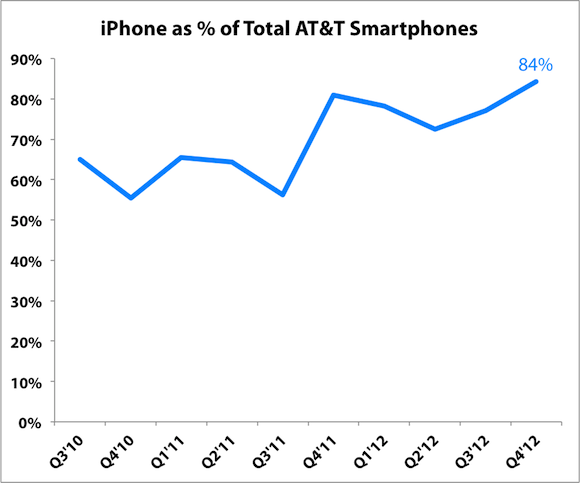 Last quarter, the iPhone comprised 84% of all smartphones activated on Ma Bell's network. Amazon might launch on AT&T, but there's not a lot to go around outside of Apple's flagship, especially since AT&T is deeply entrenched in the subsidy model that I'm assuming Amazon is trying to skirt.

Pick a carrier, not any carrier
That leaves the "Uncarrier" as the perfect candidate for Amazon to focus on. T-Mobile is shifting from subsidies to financing programs, while pitching more affordable service plans. At the end of 2012, the No. 4 carrier had 26.1 million banded customers (excluding wholesale and MVNO connections).

While T-Mobile has ditched subsidies, it's also concentrating very heavily on beefing up its product portfolio. Not only is the carrier now finally getting the iPhone, but it's also Google's only official Nexus 4 carrier. T-Mobile will also carry the Samsung Galaxy S4, HTC One, and BlackBerry Z10. These are all devices that Amazon will compete with.

To its Amazon's credit, T-Mobile's device pricing is more transparent than other carriers', so Amazon can make its case more effectively and undercut as usual.

Amazon may technically launch a Kindle Phone on both AT&T and T-Mobile, but T-Mobile will be the main flame.