China sales are 20% of Jaguar Land Rover total for past 12 months.

The automaker's stock took a 4% hit on March 21 after China announced it would introduce stricter fuel standards by 2015 that could affect Jaguar Land Rover sales. Tata's stock subsequently headed south by 9% before improving this week to an overall 3.3% loss. In the past year, shares have dropped 8.7%. 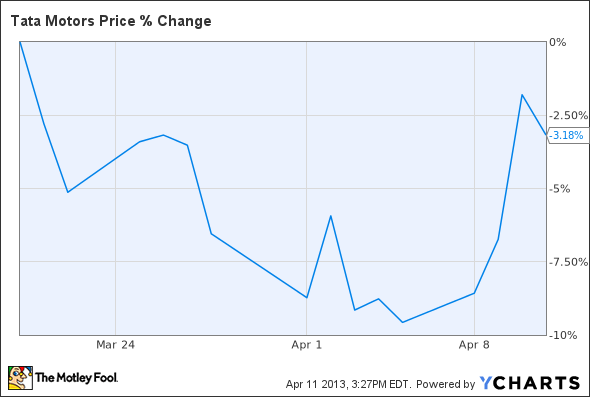 The latest data from Tata Motors break out sales by region and highlight just how important China sales are for Tata's growth opportunities.

China Jaguar sales are up 28.2% in the past 12 months, while Land Rover sales have roared ahead 51.4% in China.  China accounts for 20% of Jaguar Land Rover's total sales for this period, and sales there have grown more (48.1%) than in any other region in the past year.

Tata Motors purchased Jaguar Land Rover from Ford in 2008 for $2.3 billion. In the past five years, it has grown to be Tata's most profitable arm.