Housing starts jumped 7% to a seasonally adjusted annual rate of 1.036 million for March, according to a Commerce Department report (link opens in PDF) released today.

Market analysts had expected a slight 1.4% month-to-month increase. After a 7.3% dip in January and a 0.8% bump for February, these newest numbers tentatively put housing starts back on an upward trend. 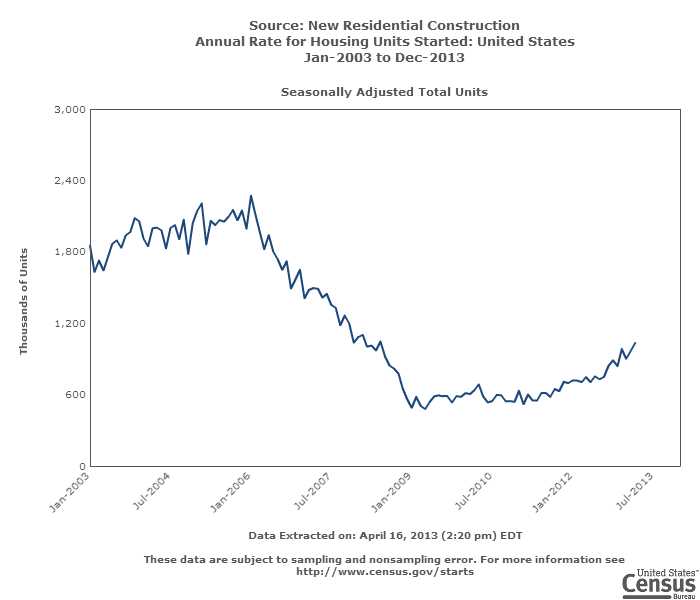 On a regional level, the South and Midwest carried the nation's starts, up 10.9% and 9.6%, respectively. Housing starts in the West bumped up 2.7%, while Northeast numbers came in 5.8% below February's.