Ratios, calculations, and models can help us evaluate investments. But when we rely on them blindly the results can be disastrous. 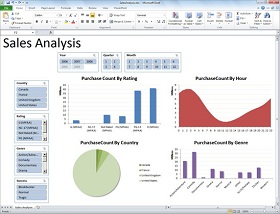 It's beginning to look like much of the world fell in love with austerity economics under false pretenses.

One of the cornerstones of the recent love affair with austerity was a paper by economists Carmen Reinhart and Kenneth Rogoff that argued that when debt-to-GDP ratios breach 90%, economic growth takes a dive. But now it looks like an Excel coding error -- among other things -- may have led to the wrong conclusion.

This hardly the only time that Excel has been at the center of some boneheaded financial mishaps. In the run-up to the financial crisis, spreadsheet models that predicted blue skies and no housing downturn (ever!) ran rampant. More recently, as Paul Krugman reminded readers, an Excel error played a part in JPMorgan Chase's (JPM 0.89%) London Whale debacle:

After subtracting the old rate from the new rate, the spreadsheet divided by their sum instead of their average, as the modeler had intended. This error likely had the effect of muting volatility by a factor of two and of lowering the VaR...

In a similar vein, last week, I showed how evaluating the same data in slightly different ways can lead to very different conclusions.

Austerity economics may not be a day-to-day concern for many readers. And few of us are managing multi-billion dollar portfolios, as JPMorgan's CIO office is. But as investors, our lexicon includes back-of-the-envelope valuation metrics like the price-to-earnings ratio. Company efficiency evaluations include returns on equity. And in some cases, we may be building Excel models of our own to try to triangulate the value of a stock.

This can all be useful. There are literally thousands of publicly traded stocks in the U.S. alone, and the ability to use quick-and-dirty metrics to choose companies to dig into further can make an impossible task -- deep dives on several thousand companies -- into a more manageable one.

But it's tempting to rely too much on the results of these calculations. Reinhart and Rogoff's paper was not peer reviewed, and the Excel spreadsheet was not shared (until recently). It was a black box that policy-makers around the world were leaning on just like the mortgage-backed securities traders of 2007.

In a similar way, we can say that Bank of America (BAC 0.28%) trades at a tangible book-value multiple of 0.86 and has a return on assets of 0.3%. Each at their face seem to tell a particular story. But it's a mistake to conclude that that story is the reality of B of A without further exploring what's on the bank's balance sheet, how much legal settlements can still sap its accounts, and to what extent one-time events and accounting oddities are impacting its current results.

I've long been a fan of Excel modeling in my own investing. For me, though, the act of building and tweaking a financial model is always an exercise in illuminating and better understanding the details that lie behind the conclusion -- not obscuring them.