Please ensure Javascript is enabled for purposes of website accessibility
Log In Help Join The Motley Fool
Free Article Join Over 1 Million Premium Members And Get More In-Depth Stock Guidance and Research
By Joe Magyer - May 3, 2013 at 10:59PM

Investors need some answers from the Oracle of Omaha.

Berkshire Hathaway (BRK.A -0.27%) (BRK.B -0.14%) has its swagger back. Its shares have zoomed ahead as worries about Warren Buffett's health and Berkshire's size fade into the rearview mirror. Meanwhile, 30,000 investors from around the globe will pour into Omaha for this weekend's annual meeting to celebrate and bask in Buffett's glow.

But it's not all Cherry Cokes and peanut brittle. Smiling faces will turn serious when Berkshire's own investors begin peppering Buffett and longtime partner Charlie Munger with tough questions about Berkshire's future. Fanning the flames will be a panel of additional questioners including savvy financial media members, Wall Street analysts, and even a designated bear, Doug Kass, all of whom will pull no punches.

The stakes for Berkshire investors grow higher each year -- Buffett is aging and Berkshire is swelling. That is why the Fool has dispatched a team to scenic Omaha to deliver rapid-fire coverage and commentary that you can follow exclusively at www.Berkshire.Fool.com.

Buffett and Munger will face a barrage of questions on Saturday, but these are the three burning questions on investors' minds.

1. Is Berkshire too big for its own good?
Berkshire has a first-class problem: Buffett's wizardy has grown the business to such size that it is having a hard time finding new investments that move the needle. It's amazing to think that Berkshire owns or is a major investor in each of the companies below in addition to $10-billion-plus stakes in IBM (IBM -0.81%), Coca-Cola, and Wells Fargo (WFC -1.17%). 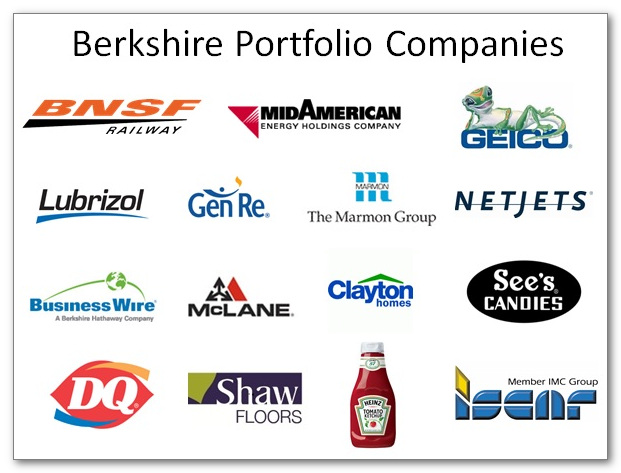 Buffett hasn't shied away from the fact that Berkshire's burgeoning means the company will deliver lower growth in the years ahead. For the first time in all of Buffett's four-plus decades of running Berkshire, the business' book value per share is on pace to grow at a lower rate than the total return of the S&P 500 over a five-year period.

To be fair to Buffett, the comparison to the S&P 500 bouncing out of the financial crisis a tough one, but it's true nonetheless. Berkshire's girth has also forced Buffett to channel Berkshire's dollars toward capital-hungry businesses like railroads instead of the capital-light darlings like See's Candies that helped Berkshire grow into the juggernaut it is today.

Buffett still has a few aces up his sleeve, though. For starters, Berkshire's size has its advantages. Berkshire's vast cash cushion and willingness to write big checks in uncertain times makes it a private market investor of last resort to solid businesses fallen on hard times. Those traits also make Berkshire a natural partner on major deals that require a little bit of outside-the-box thinking, as does Berkshire's recent stake in H.J. Heinz. And scale matters in insurance, where Berkshire is able to uniquely write massive policies that rivals are too small to take on.

Also, not all of Berkshire's money must be run from the same piggy bank. By splitting funds among managers, as he's done with understudies and potential heirs Todd Combs and Ted Weschler, Berkshire removes some of the burden of managing vast sums from the individual managers themselves. This gives Combs and Weschler more room to go after the kinds of investments that helped Berkshire earn outsized returns for decades: special situations, dirty values, and wide-moat, capital-light businesses.

Ultimately, no, Berkshire won't deliver the 19.7% annualized returns that it has from 1965 to the present. The good news is that the shares aren't priced for such growth at only 1.4 times book value.

2. What happens when Buffett retires?
Buffett's bout with prostate cancer cast a shadow over last year's annual meeting. Thankfully, he has recovered and is back to his usual spry, witty self.

His health struggles, though, were a stark reminder that the 82-year-old Buffett and 89-year-old Munger only have a few more years at Berkshire ahead of them. This is a tough pill for many Berkshire investors to swallow -- Buffett is truly irreplaceable -- and they're eager to hear more details about succession planning. Who, they ask, is the heir apparent?

The reality is that it will take more than one man to fill Buffett's shoes. I expect longtime lieutenant and insurance whiz Ajit Jain to take the lead as CEO after Buffett steps down. Meanwhile, Combs, Weschler, and perhaps even another too-be-determined portfolio manager would share Buffett's investing duties.

This is not a scary prospect. Jain is master in his own right while Combs and Weschler have already delivered market-beating returns with the funds Buffett has entrusted in them. With Jain already running Berkshire's most important business and Combs and Weschler now running about $10 billion of Berkshire's capital, the succession question has already been answered. It is well under way.

Zooming out, it's also important to remember that Buffett has built Berkshire to last. Its core businesses have competitive advantages that run deep in industries with staying power. Think insurance, railroads, electricity, chemicals, ketchup, etc. And Berkshire itself is highly decentralized. Its operating business managers have long had all the autonomy they've desired so long as they keep delivering. None of that should change after Buffett drops the mic and leaves the stage.

3. Should Berkshire pay a dividend?
No, it should not. It won't stop yield-starved investors from asking, though.

Berkshire shouldn't pay a dividend during Buffett's reign for four reasons. The first is that dividends are woefully tax inefficient, as Buffett elucidates in this year's annual letter (link opens PDF) and in past ones. Essentially, the tax man's taking a cut of the annual dividends you receive lowers the long-term trajectory of your total investment return. By keeping cash inside the business and reinvesting at high rates, you instead let your gains compound while deferring your tax bill. You end up wealthier overall as a result.

The second point Buffett makes is that many, if not most, Berkshire investors are net savers who may not actually want dividends, including me. The third is that, with modern-day trading costs at nominal levels, large shareholders can simply sell small bites of their Berkshire stake over time. Why subject 100% of Berkshire investors to a tax-inefficient return on capital that many of them don't even want when the small minority of those insistent on current income can simply sell small lots of shares?

The fourth point is key, though Buffett is too kind to say it himself: Warren Buffett is a better investor than you. You will not be able to match his returns for a number of reasons including, but not limited to, his decades of experience, temperament, razor sharp wit, dexterity across style boxes and asset classes, and access to choice deals like ones he scored with Heinz and Bank of America. Berkshire also has a bevy of high-quality, capital-hungry businesses that can wolf down large amounts of capital while still earning high returns on investment. Berkshire is the last stock in your portfolio you want paying you a dividend.

Exclusive: The Berkshire 2013 Experience
The Berkshire meeting isn't televised, there is no transcript, and you won't find it on YouTube. That's why we're here in Omaha -- to bring you behind the curtains to experience the exclusive action.

Head to www.Berkshire.Fool.com for our real-time coverage of the full Berkshire 2013 experience. We'll be live-blogging Warren and Charlie's epic question-and-answer session on Saturday, tweeting and photographing the choicest moments of the weekend, and serving up video commentaries on the angles all investors need to know about. We're even sharing our notes and top stock ideas that bubble up from the Value Investing Conference and an exclusive Markel (MKL -0.92%) shareholder event that bookend the Berkshire meeting. You can even sign up for our free special report, "The Business of Berkshire Hathaway."