Everyone has a company or two that they keep on their watchlists even though they're long shots. Maybe it is our desire to root for the underdog or our dreams of bagging a multibagger, but these potential-laden companies catch the eye of many investors. If you aren't averse to risk and don't mind rolling the dice on a small chunk of change then this can be a fun way to spice up your portfolio. Who knows, if the company succeeds you could be sitting on a small windfall. Here are four long-shot stocks (don't be offended if we don't agree on their "long shot" status) to invest in. 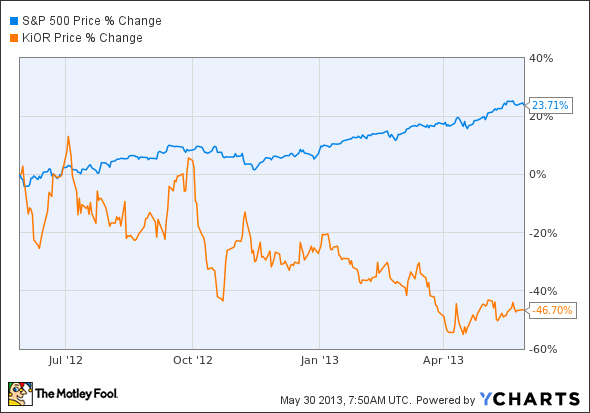 KiOR was the latest victim of the sustainable chemical IPO guillotine. The company converts wood chips into drop-in cellulosic gasoline and diesel, not ethanol or biodiesel. Its products are currently blended into the fuel supply, but that will change soon enough once it gains full certification status. After opening its first commercial-scale facility with 13 million gallons per year (MMgy) of capacity, KiOR is already looking forward to opening a second facility with three times the capacity in 2014.

The company currently produces fuel at a cost of $6 per gallon, but should it achieve the desired improvements to its production process, costs could plummet below $3 per gallon in 2015. The upgrade in efficiency would also increase fuel capacity by 64%, giving KiOR over 90 MMgy of cellulosic gasoline and diesel capacity. Throw in government credits for producing cellulosic fuels and the company could rake in profits of over $5 per gallon of fuel. That could be definitely be considered a longshot, although all news coming out of the company to date has been positive. 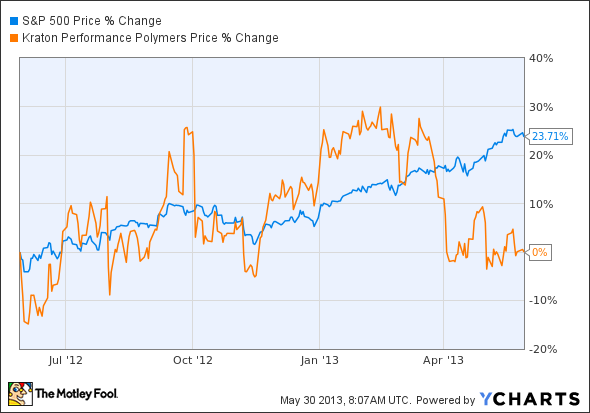 Kraton Performance Polymers offers a world of potential while leaving much to be desired. The company boasts a wide range of engineered polymers that enhance the performance of products from over 800 customers in dozens of industries. Those broad opportunities captured $1.42 billion in revenue last year, but the company's operating profit fell considerably from 2011. That could all correct itself if one highly hyped product lives up to its potential.

Highly Modified Asphalt, or HiMA, is a new polymer technology for paving applications that could revolutionize transportation. After two years of extensive testing at the National Center for Asphalt Technology at Auburn University (yes, it really does exist) Kraton's product had 67% less rutting than traditional asphalt despite being 18% thinner. This would require less material to fix roads, make roads last longer before needing repairs, save taxpayers money, and require the state of Pennsylvania to remove the orange construction cone from its state flag. The product just launched, but could find its way into a road near you soon. 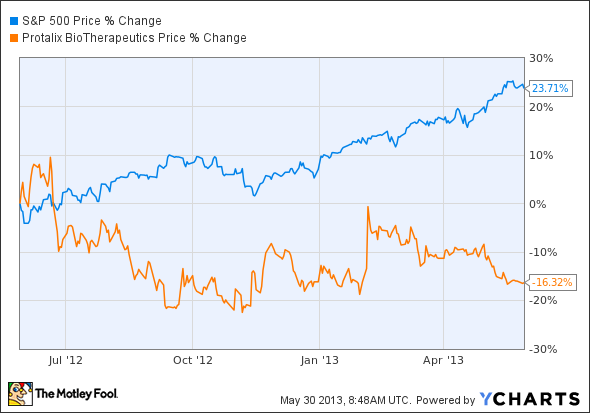 The biotech pioneer has an intriguing early stage pipeline. That being said, sales of Elelyso have yet to blow anyone away just yet. Given the heated competition in biologic manufacturing, I could see Protalix and its ProCellEx expression platform having a big advantage over competitors. Investors would like to see more products hit the market, though -- and that will take years. I hate speculating on buyouts, but this definitely fits the bill. 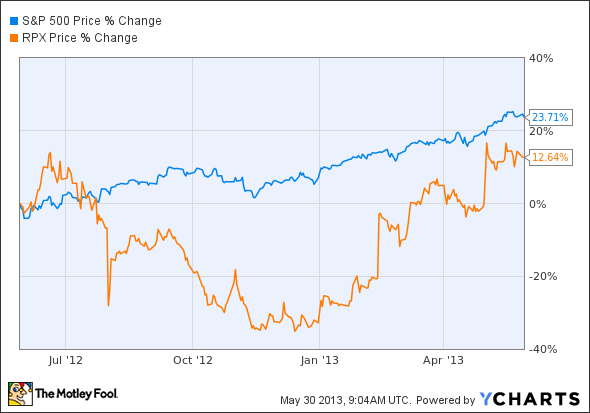 RPX Corp has cruised 67% in the past six months. The company acquires large swaths of intellectual property that could become problematic in an industry and provides patent access to its clients on a subscription basis. Some call it patent trolling, some call it consolidation that reduces patent litigation. Either way, there is a unique compounding affect to the company's growth. The more IP it acquires, the more useful its services, and the more powerful it becomes.

The company hit the markets in 2011 at an over-hyped IPO price in the high $20s, briefly topped $30 per share, then fell to $8.55 per share in late 2012. RPX has recovered nicely since and sits at a valuation of just $750 million with soaring top and bottom lines. Whether or not the business model catches fire is up for debate. But with 146 customers on the books now, the future looks bright.

Foolish bottom line
These are just four companies that have eye-popping potential with a healthy dose of risk and what-ifs. Nonetheless, investors that get in at reasonable prices today could capture big returns from these black sheep if they prove their business models in the years to come. I would like to see more results from KiOR and more stable growth from Kraton. Meanwhile, Protalix has interesting IP in its ProCellEx platform that could be eyed by a number of pharmaceutical companies. At the end of the day however, my favorite is RPX for its clean balance sheet, growing revenue, and strong-armed business model. Do you know of another longshot stock to invest in? Let me know in the comments section below.