In one fell swoop, Apple (NASDAQ:AAPL) just made good on two promises. The company's professional desktop offering had gone neglected for so long that many of Apple's pro users had begun to wonder if Apple still cared about them. At the same time, Apple and other tech giants have been under increasing political pressure to bring jobs home, since most of them tap cheap labor in Asia.

The new Mac Pro satisfies both the patriots and the pros.

When Apple first started shipping its latest iMacs, some buyers noticed that their new desktops were assembled domestically. In a pair of subsequent interviews, Tim Cook confirmed that he was planning on bringing production of certain Macs back to the U.S. and that Apple was investing over $100 million in order to do so.

Apple will still inevitably source some of its components from abroad, but the Federal Trade Commission's requirement to earn the "Assembled in USA" title is that a product's "principal assembly" takes place stateside. The Mac maker says that it's assembling "the entire product and machining several of its high-precision components" in the U.S., tapping companies in Texas, Florida, Illinois, Kentucky, and other states to build the Pro.

Google (NASDAQ:GOOGL) took a shot at earning political goodwill when it said that its Nexus Q would be assembled in the U.S. When the Nexus Q was unveiled last year, The New York Times promptly ran a profile on it, and the immediate timing (same day) gave the impression that Google had traded exclusive coverage for positive press. Big G was tapping a domestic contract manufacturer instead of an Asian one, and most of the components were also made in America.

Sadly, the Nexus Q proved to be a misstep, mostly due to its high price and limited functionality. The search giant discontinued it before launch, but will inevitably need to resurrect it in some form or fashion, as streaming set-top boxes are strategically important to ecosystem viability. Set-top boxes tend to compete at the $99 price point, so Google may need to save on costs by manufacturing abroad to be a contender.

Apple has a strong position with creative professionals, and the outgoing Mac Pro design was starting to age. Tim Cook responded to a customer email last year, saying new models were due out in 2013.

Why does Apple care?
As far as the financial implications of the new Mac Pro go, investors shouldn't get too excited. Starting this fiscal year, Apple no longer discloses its product mix of desktops and laptops within its Mac lineup. In fiscal Q4 (the last quarter with reported desktop data), total desktops were just 3.5% of total sales, a continuation of their declining importance. 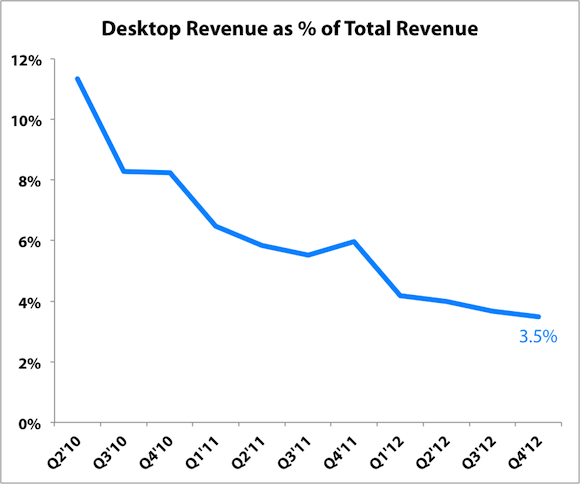 Within desktops, the consumer-oriented iMac is the most popular seller, and the Mac Mini remains Apple's most affordable Mac. The Mac Pro starts at $2,499, so the desktop average selling prices of $1,295 make it clear that the Mac Pro hasn't been a big seller in terms of units. 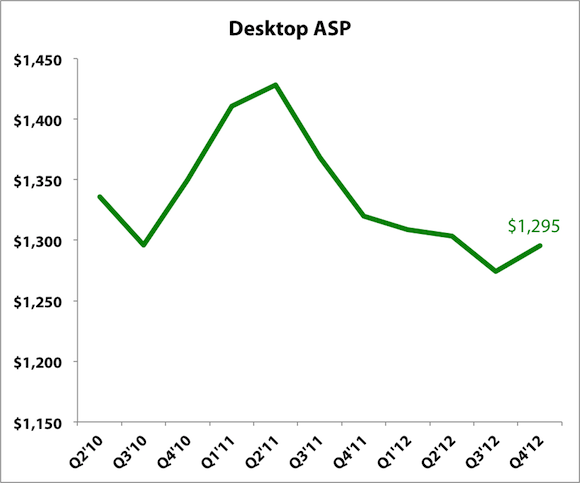 Apple's commitment to innovate in financially insignificant products is one of the ways that it has solved the Innovator's Dilemma -- by prioritizing products over profits. Most traditional business managers wouldn't allocate development resources to unimportant products. Even the father of disruption theory, Clayten Christensen, has acknowledged that there's "just something different" about Apple.