Between the upcoming release of iOS 7, which introduces third-party gaming controller standards, and a new generation of Wi-Fi, Apple (NASDAQ:AAPL) will have the necessary tools to full-on compete against Sony and Microsoft in the console gaming market. The timing couldn't be better for Apple, considering Sony and Microsoft won't be releasing their next generation consoles until the holiday season – right after iOS 7 goes live.

Gaming controller standards have long been regarded as the missing link to take iOS gaming to next level. Developers will soon be able incorporate a more sophisticated level of game play, which more closely rivals a console gaming experience. 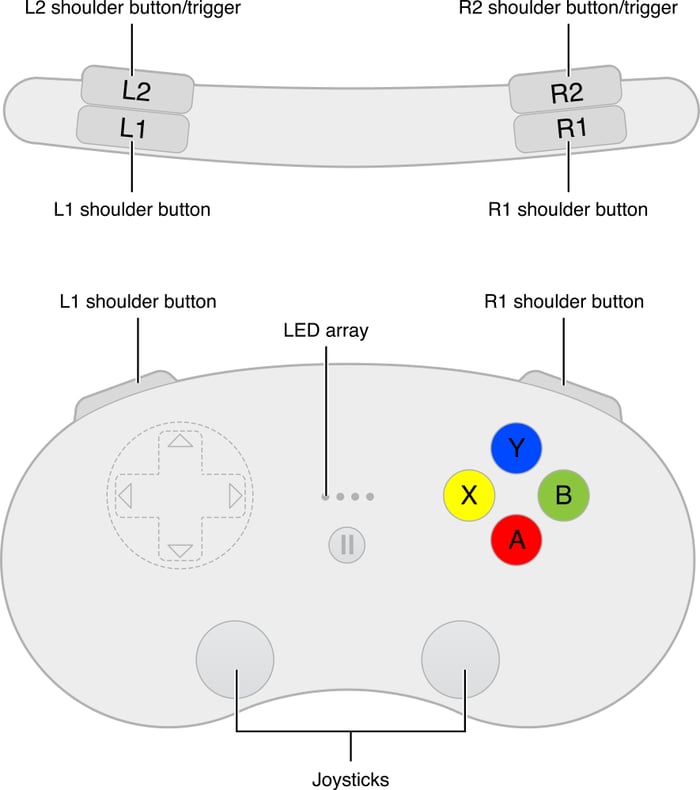 One example of an iOS gaming controller design. Source: Apple via Toucharcade

Casual gamers shouldn't take this to mean that new games will only be compatible with third-party controllers. According to Toucharcade, any game that supports a game controller will also be required to be totally playable with only touch gestures.

A war without a console
In Apple's vision of gaming, the iPhone or iPad is the console, and the Apple TV is the receiver, thanks to a nifty feature called AirPlay. The icing on the cake is that next-generation WiFi technology Apple showed off at the Worldwide Developer Conference earlier this month. The upcoming 802.11ac Wi-Fi protocol will offer three-times better performance than current 802.11n Wi-Fi technology. This should give gamers the confidence that future Apple TV and iDevices will be equipped with a more reliable technology for streaming game play on the big screen.

It gets better with age
In the long run, gaming consoles are at a disadvantage to Apple's "console-less" gaming model simply because the product lifecycle is much longer than that of Apple iDevices. Based on historical norms, the average gaming console lifecycle ranges between seven and eight years. Assuming the Xbox One and the PlayStation 4 reach their retirement age in-line with historical norms, it's a pretty safe bet that Apple will have released around eight subsequent iPhone and iPad generations. Taking into account for Moore's Law, it stands to reason that iPhones and iPads will eventually be equipped with a more powerful GPU technology than what's currently inside the Xbox One and PS4.

The ultimate disruptor
The fact that a $99 Apple TV, an iDevice, and a third-party gaming controller will essentially have the same capability as a gaming console could spell trouble for Sony's and Microsoft's next-generation gaming ambitions. Additionally, Apple's disruptive approach to gaming could prove to be tremendously appealing, because gamers will no longer have to wait years and years for a console refresh in order to benefit from the latest and greatest in technology. In other words, it's not out of the question for Apple to make the video gaming console a thing of the past.