When Walt Disney (NYSE:DIS) bought Marvel for $4 billion in cash and stock, the House of Mouse didn't secure all the benefits of owning the superhero portfolio.

Sony (NYSE:SNE) still owned the rights to produce and distribute the Spider-Man and Ghost Rider franchises. Twenty-First Century Fox's (NASDAQ:FOX) forerunner, News Corp., held the rights to the X-Men, the Fantastic Four, and Daredevil. And Marvel did come with the production rights to the rest of its own portfolio, but with distribution deals for 10 specific characters via Viacom's (NASDAQ:VIAB) Paramount Pictures.

That's a side effect of Marvel's complicated financing deal from 2005, which set the stage for the studio to take control of its own destiny. But as I said, Marvel also signed away some important rights in the process, and allowed Sony, Fox, and Paramount to grab a slice of Marvel's financial success. 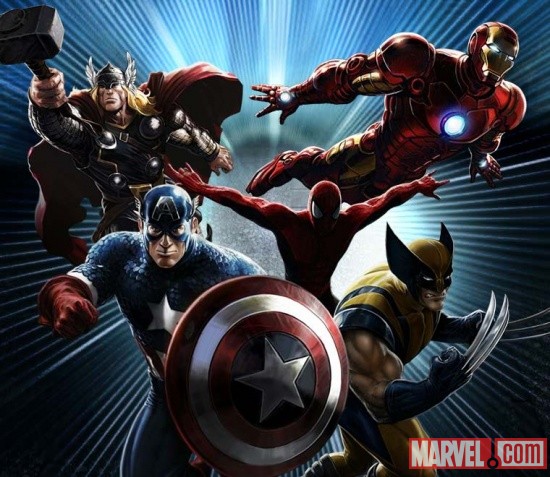 This Avengers lineup can't assemble on the silver screen until Disney brings all of its prodigal superheroes back. Wolverine's rights currently belong to Fox and Spidey lives on the Sony backlot. Image source: Marvel's official archives.

Disney is busy getting its superheroes back. The company just bought back the distribution rights for back-catalog titles Iron Man, Iron Man 2, Thor, and Captain America: The First Avenger from Paramount. Financial terms are unknown, but the payout is probably smaller than the last superhero buyback.

In 2010, Disney acquired the rights to release The Avengers and Iron Man 3. Fellow Fool Tim Beyers worked his calculator to the melting point to figure out that Paramount would get something like $90 million out of the Avengers arrangement, and something on that level for Iron Man 3 as well. Given that the new repurchase deals with older titles, the total cost in unlikely to crack the $100 million mark.

So it's a drop in the bucket next to Viacom's filmed entertainment revenues, which topped $4.8 billion last year. The rounding error is even smaller next to Disney's $5.8 billion in studio sales. The big takeaway here is that Disney is very interested in taking full control of its superhero assets. I would not be surprised to see the Mouse reaching out to Sony and Fox to regain the last of its prodigal superhuman sons and daughters.