It's fair to say that Bank of America (NYSE:BAC) is the pariah of the banking world. It found itself at the bottom of the heap in a J.D. Power survey of mortgage customers; it was the worst-performing bank on last year's American Customer Satisfaction Index; and the industry publication American Banker recently announced that it has the lousiest reputation among both customers and noncustomers of any large lender in the country.

But I was nevertheless surprised at the outpouring of vitriol that our readers heaped on the nation's second-largest bank by assets in a series of articles that I've written of late. In one detailing allegations of abuse under the 2009 Home Affordable Modification Program, or HAMP, readers lambasted the bank for a multitude of slights. "If [Bank of America] were a person it would be in prison," one reader noted. "I hate that my mortgage was sold to these scumbags," says another. And a third expressed the opinion that "[Bank of America] should be shut down for fraud and cheat." 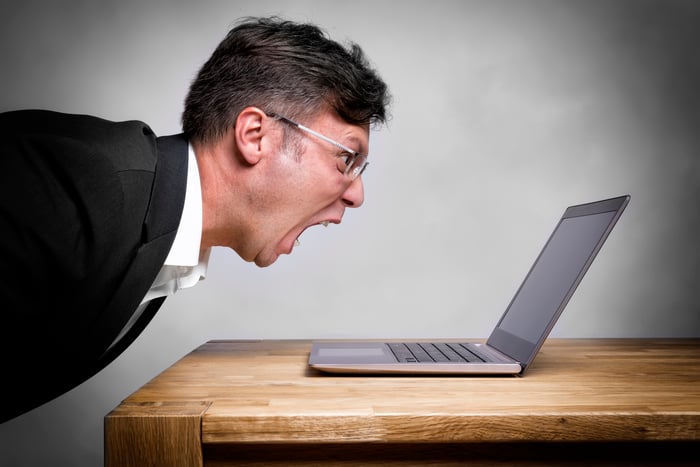 The same quality of responses was appended to a follow-up piece discussing Bank of America's performance on the aforementioned American Banker survey. "If I want to ruin my day, all I have to do is call up Bank of America," one commenter noted. "Bank of America engages in the biggest legal thievery in the USA," noted another. And "[Bank of America] takes perverse pleasure in hurting its customers," said a third.

Finally, though not surprisingly, the vast majority of readers who chimed in continued to unload on the bank in the most recent piece. "I would not use [Bank of America] if they were the only bank in the world." "[Bank of America] sucks and must be held accountable for their deceit and unrealistic demands from hard working homeowners!" And last but not least, "I hope that every robber who robs [Bank of America] is successful."

So, what's the point? Is the point that both I and the vast majority of our commenting readers take perverse pleasure in kicking Bank of America while it's down? Do the comments I quoted above reflect nothing more than the collective opinion of a vocal minority? Are the readers that took the time to share their experiences just a bunch of freeloaders who are unjustly blaming the bank for their own, preventable travails, such as buying a house at the peak of the market, taking on a second or third lien, or agreeing to an inappropriately structured mortgage?

While all of these are legitimate questions, they nevertheless miss the primary issue here. What people should be asking themselves, and particularly those who defend the big banks like Bank of America, is this: Are the nation's largest lenders intentionally exploiting their overwhelming market share by acting as economic predators? And are they doing so despite the fact that they owe their very existence to a massive multibillion-dollar bailout from taxpayers?

No reasonable and informed person would disagree with the contention that banks play an important role in society. Indeed, many historians believe that robust and advanced financial institutions were the reason that a tiny island nation like Great Britain was able to become a world power. And few people would disagree that American consumers should be more responsible with their personal finances -- though, this somewhat goes against the domestic consumer engine that's fueled the U.S. economy for the past 60 years.

At the same time, however, when a group of irresponsible, and now fabulously rich, financiers plunges the economy into the second-worst economic downturn since the Great Depression, from which taxpayers footed the bill to protect said financiers' jobs, I don't believe it's unreasonable for the average American to feel that banks should be more deferential in the way they treat customers. That is the issue here. And that, in my opinion, is why people hate Bank of America.