After the market closed yesterday, Intuitive Surgical (NASDAQ:ISRG) -- maker of the da Vinci Robotic Surgical System -- announced preliminary results for the second quarter that caused shares to plunge as much as 17% today.

Read below to find out why the reaction has been so negative, and -- with Intuitive stock making up over 5% of my real-life holdings -- what I'll be doing as a shareholder.

Moving in the wrong direction stateside

Intuitive announced that for the second quarter of 2013, revenue would be $575 million. While that's 7% better than last year, it's well below the consensus estimate of $630 million. 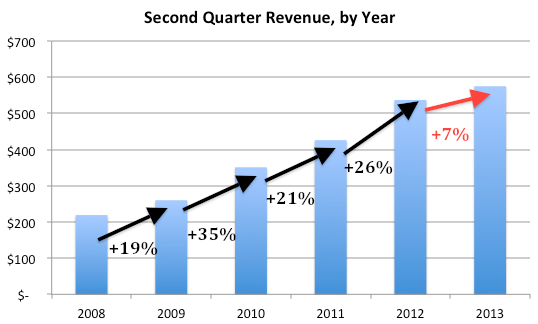 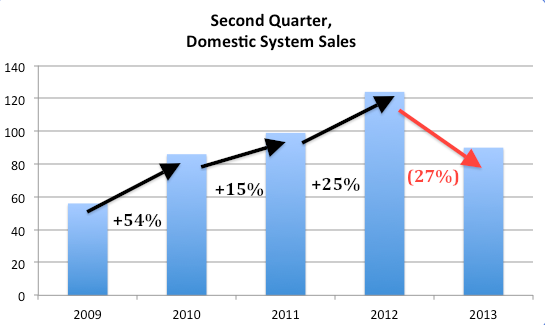 A perfect storm brewing
This year hasn't been kind to shareholders of Intuitive Stock. The FDA announced earlier this year that it was opening an investigation into the company. Though that didn't yield any earth-shattering findings, it came right in the middle  of medical professionals publicly questioning whether the da Vinci System had any real benefits for hysterectomy patients.

Though it's impossible to tell what's behind this miss, the company said, "increased economic pressure on hospitals... and moderating growth in our benign gynecologic procedures," were to blame.

Though I'm no medical professional, as someone who has been following the company for years now, I have two thoughts on what this means.

First, fellow Fool Sean Williams put out an excellent piece on how Obamacare could be affecting domestic weakness. Although hospitals are thought to be a main beneficiary of the new law, Intuitive products are now carrying a heavier tax burden. Even more important, there are a lot of unanswered questions when it comes to costs under Obamacare. And as well all know, with uncertainty comes conservative spending practices, forcing hospitals to put large purchases on hold.

Second, it's becoming clearer by the day that medical professionals are turning a more critical -- and vocal -- eye to the cost benefits of using the da Vinci System. Back in December 2012,  I lowered my personal allocation to Intuitive because the company warned that prostate patients were adopting more conservative treatment options. In plain English, that means they weren't having procedures performed with da Vinci unless absolutely necessary.

This year, it's hysterectomies -- the company's most oft-performed operation -- that have come into question. Just as with prostatectomies, it now seems hysterectomy growth will be tempered.

What I'm doing
Does this mean I'm selling my Intuitive Surgical shares? No. In the grand scheme of things, I'm glad that medical professionals are encouraging some patients to forgo da Vinci surgery if it isn't necessary. There's no doubt that, in the short term, that's going to hurt the company financially.

But I'm a long-term investor, and while the da Vinci might not be used quite so liberally for procedures any more, there's still tons of room for growth both internationally and in terms of being approved for ever-more procedures. The machine offers patients a less-invasive option that decreases recovery time. Long term, I think that's a winning bet.

I'm hoping that once hospitals get a handle on what Obamacare will look like, system purchases will pick up again.