Record drought in the U.S. was among the strongest headwinds that farmers faced last year, but dwindling sales from key international markets made things even tougher for fertilizer companies, which rely heavily on global sales. With another planting season already behind us, most of these companies seem to have left the bad memories of the drought behind. But, foreign markets remain a challenge -- particularly India.

Troubles in India are growing like a weed, and some recent developments in the nation could hurt U.S. fertilizer imports further. Naturally, investors who have money locked in those fertilizer companies, which derive a good portion of their revenue from the Indian markets, need to be wary.

Why is India such an important market?
India currently imports 100% of its potash, and 90% of its phosphate requirements. The nation makes up more than 30% of U.S. phosphate exports, and 9% of U.S. potash exports businesses. That's a sizable proportion, which is why the U.S. fertilizer industry needs to watch every development in India closely. 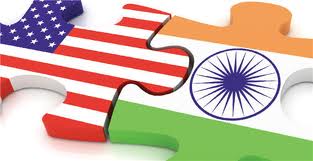 Where's the problem?
To begin with, the Indian government offers subsidies on major fertilizers to insulate farmers from rising input costs. But, a larger portion of the subsidies are allocated to urea, a nitrogen product, which India produces internally. Furthermore, the Indian government regulates the prices at which urea is sold to the farmers.

This two-fold benefit, of higher subsidies and regulated prices, has thus made urea the most sought-after nutrient among Indian famers. So, while the consumption of urea jumped substantially over the past few years, consumption of potash (K), and phosphate (P), fell. For perspective, India consumed 6.5 units of nitrogen for every 2.9 units of phosphate, and one unit of potash in the year 2011-2012. The country imported only 4 million metric tonnes of potash during the period, as compared to 6.4 million metric tonnes a year ago.

Things could turn for the worse going forward. To ease its fiscal deficit, the Indian government has further slashed subsidies on potash and phosphate for the year 2013-2014. Of the total allocated fertilizer subsidies, 55% has been set aside for urea. The rest will be shared between potash and phosphate. In contrast, those funds were split 50-50 between urea and P & K nutrients in 2010-2011.

At the same time, the Indian rupee has gone into free fall against the U.S. dollar in recent months, even dropping to an all-time low on July 8. That makes imports expensive for India. Chances are high that India will postpone fresh fertilizer import contracts with the U.S. until the rupee stabilizes. Moreover, according to industry reports, India still has too much potash and phosphate on its hands, so new contracts may take several months, or even quarters, to manifest.

Worse yet, India is proposing to double the prices at which domestic natural gas will be sold, starting April 1, 2014. Natural gas is a key input for fertilizers like nitrogen. Industry experts feel that the Indian government may have to absorb a large part of the gas price increase to protect fertilizer companies, which, in turn, will increase its already huge subsidy burden. That dashes hopes of any increase in subsidies for P&K fertilizers, which is inevitable to boost their consumption.

All of that bad news brings up our most important question...

Which companies are in danger?
Members of Canpotex -- PotashCorp (NYSE:POT), Mosaic (NYSE:MOS), and Agrium (NYSE: AGU) -- are the worst hit when India slows down potash purchases, since Canpotex controls all potash exports out of Saskatchewan, Canada. Similarly, marketing association, PhosChem handles phosphate exports from the U.S., so its two members, PotashCorp and Mosaic, bear the brunt of lower sales in that regard, too.

Here's how India can affect each of these companies:

Clearly, of the three companies, PotashCorp and Mosaic are likely to be hit the hardest if India's fertilizer imports decline. Agrium deals primarily in nitrogen, and nitrogen-centric companies depend more on the domestic market for sales. That's also the reason why CF Industries (NYSE:CF) didn't find itself on my list of companies that need to worry if things in India get ugly. Phosphate made up 17% of CF's revenue last year; the rest came from nitrogen. Also, only 6.5% of CF's sales last year came from markets outside the U.S. and Canada.

Now that you know how closely these companies' fortunes, except CF's, are tied to the Indian market, you should pay special attention to what their outlook is about India, and how it could financially affect them, when they release their respective quarterly earnings reports over the next few weeks. Until India wakes up, these fertilizer companies could have a bumpy ride ahead.