It's been a long road for GT Advanced Technologies (NASDAQ: GTAT) and there are a lot of questions the company faces going forward. When will its technology take off? When will revenue pick up? And when can investors expect to see a profit. 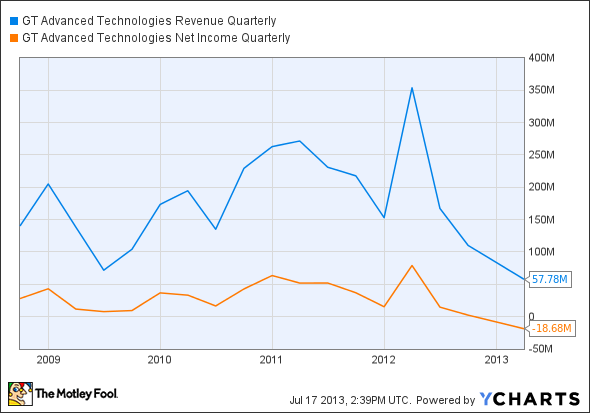 The past year has been particularly bad for the company, but there are a few things that investors can look forward to in a company that's quietly providing technology that could affect many growing industries.

Technology potential
GT Advanced Technologies has long been reliant on the solar industry for demand, and when China was handing out easy money for expansion times were good. But, in the last year, the expansion boom stopped in China and revenue has suffered.

The next step in the industry is to build even more efficient modules using an N-type cell. GTAT is making the HiCz product to fill that need with targeted cell efficiency of 22%-24%, which is planned to be launched in 2014. The technology is better than what exists now and has similar costs, so if the capital exists to expand, then the product should be a success.

In sapphire, the opportunities for growth are almost limitless. Sapphire crystals can be used in LEDs, smartphone screens, camera covers, watches, and almost anything else that needs a strong screen. It's stronger than Corning's Gorilla Glass and is virtually unscratchable. The potential is there and now GTAT needs to take advantage of it.

The challenge for GTAT
The losses shown above have led to balance sheet challenges as well. What was once a huge cash load at GTAT has become only a small net cash balance; if losses continue, that could evaporate in the next quarter or two. 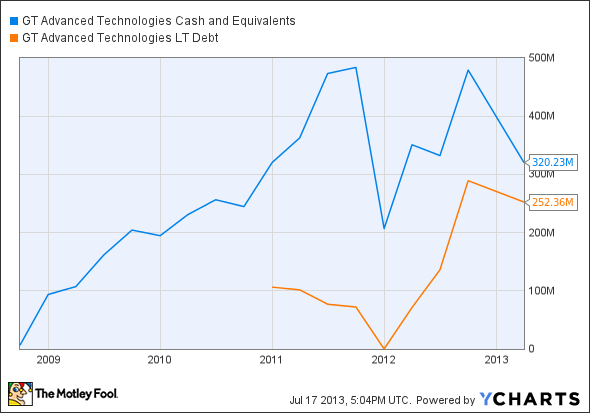 In the second half of this year investors need to see sales pick up or the stock will continue to flounder.

Is growth coming?
GTAT is in a great position serving the solar, smartphone, and LED markets. All three markets should continue to grow and provide consistent demand so that GTAT's technology would become widely adopted.

The problem is that none of these markets has yet to take hold of its technology and that's why sales have been sluggish. If these markets do buy in to GTAT's products more widely, the company would be a dark-horse winner in some important technological revolutions currently taking place.