Among all the San Diego Comic-Con rituals, none is so common or frustrating as waiting. Arriving at the show early Friday bought me a spot in line about eight hours away from entering Hall H and the high-interest panels for The Walking Dead and Game of Thrones.

I didn't stay, and as I'll relay in a different article, that turned out to be a wonderful choice. Comic-Con offers such a bounty of opportunities to see and discuss great content that it's tough to be disappointed with the experience.

Take the Nickelodeon panel. Fans behind me in line for Ballroom 20 couldn't have cared less about a later panel for Walt Disney's forthcoming Agents of S.H.I.E.L.D., which I was there to see. Rather, they were there to scream and shout for Avatar: The Legend of Korra, an animated series whose second season kicks off in September. Book One: Air drew 4.3 million viewers per episode, a huge win for an animated show and Nick parent Viacom (NASDAQ:VIAB).

Meanwhile, over at Hall H, the teeming masses willing to pay to wait hours for just a chance to see The Walking Dead and Game of Thrones, among other panels, suggest that enthusiasm is still building for both shows. Can you imagine? AMC Networks (NASDAQ:AMCX) and The Walking Dead already beat all comers as the fall's top-rated scripted show. These are the same viewers who no doubt spent hours in makeup to attend Comic-Con as zombies. 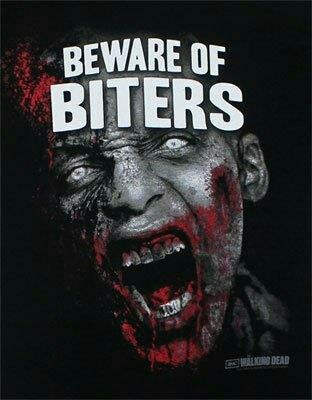 For some, "walkers" and "biters" are The Walking Dead's most popular characters. Sources: AMC, Pinterest.

For Time Warner (NYSE:TWX) and HBO, Game of Thrones Season 3 ended in bloody fashion, with many questions left unanswered. That fans who dressed up as Starks and Lannisters and spent hours in line speaks to their hunger for more.

Can they lift GoT in the same way that horror nerds pushed TWD to new highs? Right now, that seems likely. Game of Thrones is up for 16 Emmy awards after attracting more than 13 million viewers per episode last season, once you factor in replays, downloads, and the like.

This, Fool, is why media stocks are so hot right now. By the looks of the lines at Comic-Con, the rally won't end soon. Do you agree? Disagree? Leave a comment to let us know what you think.