Attention, restaurant investors! For the first time in more than a year, Buffalo Wild Wings (NASDAQ:BWLD) announced new plans to further its international expansion, this time to the Philippines.

Remember, the U.S.-based casual restaurant chain last August added Mexico and the Middle East to its chosen list of destinations, where it expects to open the first locations before the end of 2013.

As it stands, Buffalo Wild Wings currently owns or franchises more than 940 locations, of which just 13 are located in Canada with the remainder spread across 49 domestic states. 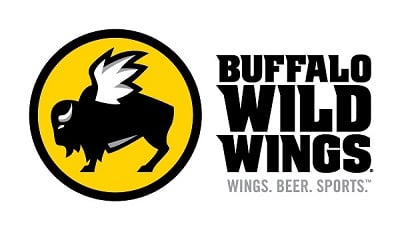 Forget China -- this is better
In case you're wondering why Buffalo Wild Wings chose the more than 100 million  Philippine citizens over the 1.3 billion hungry consumers in China, consider the words of the company's VP of international development, Matt Brokl:

The Philippines is among the fastest growing economies in Asia, so it is a natural choice for Buffalo Wild Wings. The economy is growing faster than China's and with an expanding middle class, there is a lot of enthusiasm for casual dining. The exciting sports atmosphere of the restaurant will fit perfectly with sports fans in the Philippines.

Fair enough. After all, I suppose 100 million is still a lot of mouths to feed, especially for a company like Buffalo Wild Wings, which remains relatively young in its global growth aspirations.

Why Buffalo Wild Wings is set to excel
But will B-Wild be a good fit for the country?

Remember, fast-food behemoth McDonald's (NYSE:MCD) entered the Philippines way back in 1981, where it currently runs more than 380 restaurants.

However, Mickey D's also faced stiff competition there with its fast-food counterpart in the Philippine-based Jollibee, which operates more than 2,000 locations in the country.

And according to Jollibee's Filipino-Chinese founder, Tony Tan Caktiong, his company managed to maintain an edge over McDonald's in large part because Jollibees' food was more suited to Filipinos, and "tends to be sweeter, more spices, more salty." What's more, he went on to say, "We were lucky as it was not easy for them to change their product because of their global image."

Call me crazy, but something tells me that won't be a problem for Buffalo Wild Wings, which not only stands to benefit from a different demographic in the Philippines' rising middle class but also should have little trouble tailoring its sauce-centric menu -- if it even needs changing, that is -- to the sweet, spicy, saltier tastes of basketball- and soccer-loving Filipino diners.

Foolish takeaway
That's not to say Buffalo Wild Wings won't eventually be willing to tackle the larger Asian countries like China and India as their own middle classes continue to grow, but for now this move looks like a great one.

In the end, the Philippines should only help continue to support Buffalo Wild Wings' impressive plans for long-term growth.