As Twitter (NYSE:TWTR) execs prep a roadshow to meet with potential investors, the spotlight lands on two questions: what is the microblogging platform selling, exactly? And how is it profitable?

Before it begins trading on the New York Stock Exchange, Twitter executives, including CEO Dick Costolo and CFO Mike Gupta, will be making the rounds on the traditional roadshow circuit -- an IPO meet and greet, if you will, with potential investors. It starts today and ends on Nov. 6. The following day, Nov. 7, Twitter plans to officially go public under the ticker TWTR.

Earlier this week, Twitter announced its anticipated opening price would be between $17 and $20 per share when it goes public, which was quite a bit lower than what was initially expected, and well behind Facebook's (NASDAQ:FB) initial open at $38 per share. But since analysis after the fact indicated Facebook was actually overvalued, this could mean Twitter is actively trying to learn from the mistakes of its going public tech predecessor and keep numbers realistic. 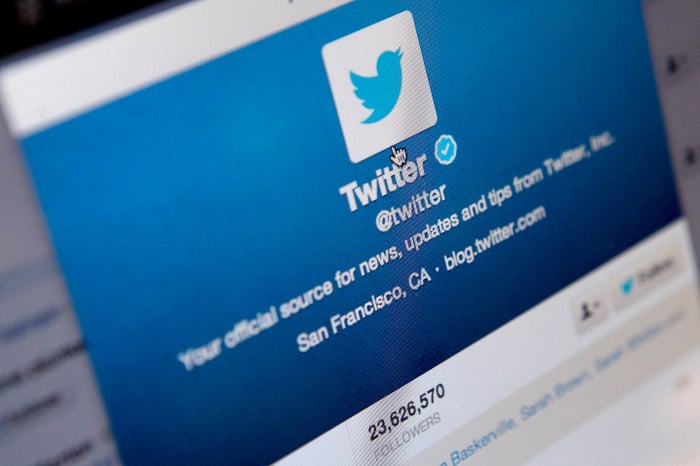 All the technical details aside, it's important to put this IPO in context. Facebook's debut was troubled, to say the least. It failed for a number of reasons, with a decline in advertising revenue due to a user shift to mobile devices and the poor timing of General Motors pulling its advertising campaign acting as major contributors.

But there is hope for Twitter. Its simplicity is what appeals to most dedicated users who share details from their lives 140 characters at a time. While it only has one-fifth of Facebook's user base, it's gained worldwide prominence over the past couple of years and currently has 232 million active users per month with a 39% increase in those users over the last year alone.

Plus, 75% of those active users accessed the site from mobile devices last quarter, with mobile ads bringing in 70% of the company's ad revenue (they have Facebook beat). It is valued at $12 billion and while it isn't yet profitable, the company has seen increased revenue each quarter this past year, making 2014 the likely time when it finally moves into the black.

Still, it's important to note we are in unchartered territory here. The idea of giving away a service for free and monetizing through advertising isn't new, especially on the Internet. But taking such a model to the next level by going public is largely untested.

We have Google selling search and Facebook selling connectedness. The former did very well, the latter is just now evening out. And while it may feel apropos to throw other tech companies like Apple into the mix, it's really like comparing apples to oranges, if you'll pardon the pun.

When Apple went public in 1980 while touting the benefits of the Apple III, the product was new but the idea behind it was not. Investors knew they were putting their money into something people could take home and plug in.

The latest tech giants are offering nothing physical, just an experience. When Google went public, the company had yet to roll out physical devices. Its primary emphasis was (and still is) advertising revenue generated through its search engine. It's the rise of the intangible business and its long-term profit potential is unclear.

None of this is necessarily a bad thing. And while Twitter doesn't offer a tangible product, there are certainly tangible elements that go into determining such a company's investment-worthiness. For instance, it has 2,000 employees. It has a dedicated and passionate user base. It has advertisers, and websites and apps that integrate Twitter to create more robust user experiences. It has patented software driving it. It has the accumulated data of 300 billion tweets. In fact, the company places 15% of its revenue model on the sale of data.

In the technology sector, companies offering intangible products are on the rise. Twitter's IPO certainly won't be the last. But the market's trust in the intangible trend is not yet clear. One thing I know for certain? Nov. 7 should be interesting.