I certainly wouldn't blame you for wondering, then, why DreamWorks stock rallied an incredible 17% that day.

In short, analysts expected much, much worse, calling for meager earnings of just a penny per share on sales of $140.68 million.

Here's what happened
If you're searching for the culprit for the beat, look no further than the solid performance of DreamWorks' feature film business.

For reference, that's one of four new distinct reporting segments DreamWorks introduced this quarter to better align with the ways its business operates, with the others including "television series and specials," "consumer products," and the unapologetically vague "all other."

So why the strength in feature films? Remember, analysts had previously worried Turbo's slow start at the box office would cost DreamWorks big in the form of a huge impairment charge, especially considering the snail-racing flick required an incredible $135 million to produce.

Still, less than a week later during its second-quarter earnings conference call, DreamWorks CEO Jeffrey Katzenberg shocked investors (in a good way) by asserting Turbo was actually expected to be profitable when all was said and done. Specifically, Katzenberg expressed optimism for a late international push, which would largely rely on around 80% to 90% of the film's worldwide prints and advertising spending occurring by the end of the third quarter.

Even so, analysts still expected some sort of impairment charge over the short term, the absence of which stood as an encouraging sign for long-term investors.

All in all, DreamWorks says, Turbo has reached $246.2 million in worldwide box office receipts to date, a full two-thirds of which came from international audiences. Keep in mind, though, not all of that translates directly to DreamWorks' bottom line and Turbo contributed feature film revenue of just $6.4 million to the third quarter.

If those sound like big numbers to you, remember they're peanuts compared to the performance DreamWorks' primary competitors have turned in so far in 2013. Disney Pixar's Monsters University, for instance, cost Disney an estimated $200 million to produce and brought in an amazing $743 million in worldwide receipts. Or consider Despicable Me 2 from Comcast's Universal Studios, which cost the entertainment conglomerate only $76 million to create and earned a mind-boggling global gross of $911.8 million.

Once again, though, Turbo didn't turn out nearly as bad as everybody had feared and, in this case, "less bad" is definitely good.

But Turbo wasn't alone in its relative outperformance, either.

Rise of the Guardians, for one, contributed feature film revenue of $42.4 million to the third quarter, primarily from worldwide pay television with 4.3 million home entertainment units sold through the end of the third quarter. For those of you keeping track, this effectively illustrates the long-term nature of DreamWorks' business, especially considering Rise of the Guardians' own poor box office performance in 2012 both resulted in 350 lost jobs and a huge $87 million writedown for DreamWorks earlier this year. 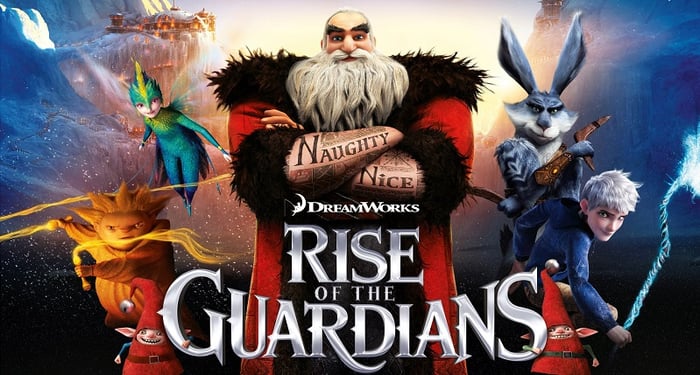 But wait, there's more!
Going forward, it's also important for shareholders to remember that The Croods -- which performed quite well at the box office in its own right -- was only just released on DVD and Blu-ray on Oct.1, after which it promptly secured the top-selling spot by unseating Disney's Iron Man 3.

What's more, Turbo is all set to hit the small screen next week on Nov. 12, and should further benefit from DreamWorks' previously announced deal with Netflix to produce an exclusive spinoff series.

In the end, then, though shares do look pricey trading at nearly 38 times next year's earnings, I have to admit there was little not to like about DreamWorks' solid quarter. At the very least, while I won't be buying shares in the near future, I'll be adding DreamWorks stock to my watchlist as a worthy portfolio contender down the road.