Initial jobless claims fell 2.6% to 336,000 for the week ending Nov. 2, according to a Labor Department report released today.

After falling a revised 1.4% the previous week, this newest report marks the fourth straight weekly decrease as unemployment numbers continue to recover from the government shutdown and computer issues. Analysts had been expecting a decrease, and their prediction of 335,000 claims was just below the actual number. 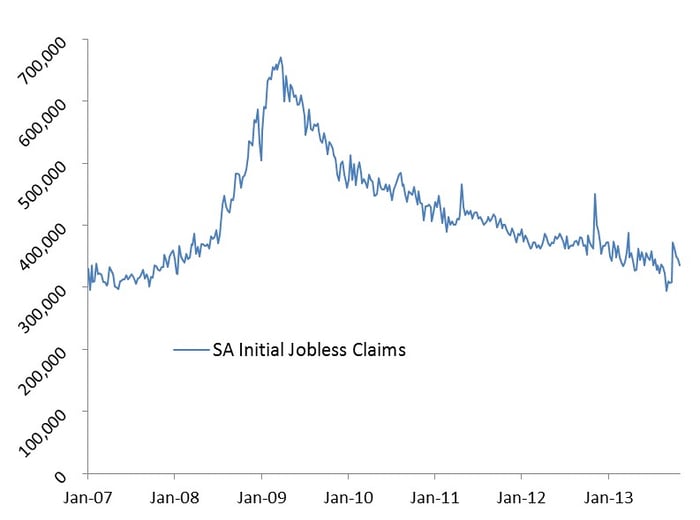 From a more long-term perspective, the four-week moving average also fell 2.6%, to 348,250 initial claims. Both the latest week's claims and the four-week average fall significantly below 400,000, a cutoff point that economists consider a sign of an improving labor market.

On a state-by-state basis, California and Virginia both recorded a decrease of more than 1,000 initial claims for the week ending Oct. 26 (most recent available data). While fewer services layoffs were the primary reason for California's 4,460 drop, Virginia's 1,810 dip was due mostly to fewer manufacturing layoffs.