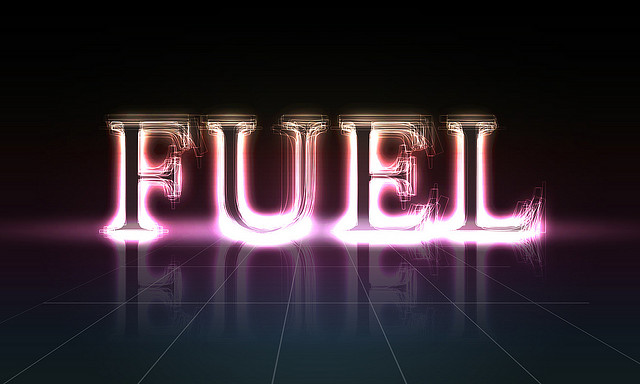 I'm a firm believer that America's fuel of the future is already here. That fuel, in my opinion, is natural gas. It's clean, abundant, cheap and made right here in the good ole U.S.A.

Auto makers like Ford (NYSE:F) and General Motors (NYSE:GM) are starting to catch on and are building more vehicles that will run on natural gas. That's why sales of Ford's popular F-150 could soon be fueled by natural gas. Likewise, General Motors' latest move has it looking to leap past Ford by selling its fleet footed Chevy Impala with the option of running on natural gas.

This isn't to say that electric vehicles like Tesla's (NASDAQ:TSLA) Model S or even General Motors' Chevy Volt or Spark EV won't have a place. In fact, Tesla's bold goal to produce half a million EVs per year would actually be a good thing for our electric grid. That said, I still see natural gas playing a huge future role in fueling our country. Even if it's not directly fueling all of our automobiles, it will fuel an increasing number of power plants that will then be used to power electric cars.

I am, however, no fool (note the small f) to think that natural gas will last forever. Current estimates suggest that we have about a hundred year supply. That's why natural gas is at best our bridge fuel until something better comes along.

Maybe that something better is electric vehicles that are one day powered by solar or even hydrogen fuel cells. However, I read something the other day that made me dream about what might really be our next generation fuel. The article detailed the possibility that thorium might one day fuel our future.

Thorium is one of the densest materials known to man. Because of this, it has the potential to produce phenomenal amounts of heat. This in theory could enable a car to be built that would only have to be fueled once per century. Sounds like science fiction, but the science behind it is real. In fact, in 2009 a Cadillac Thorium Fuel Concept Car was developed, and today a private company is looking to develop a mass-market thorium powered car.

Thorium actually has much wider, and probably more realistic applications. It could be the long-term solution to the issues we have with nuclear power as it wouldn't meltdown, since it cannot sustain a nuclear reaction. The U.S. government actually was developing thorium reactors shortly after the Second World War, but that project was mothballed thanks to the onset of the Cold War. It's possible that we will once again attempt to harness the power of thorium in our battle against diminishing natural resources and worries of climate change.

It's still anyone's guess what will be fueling our future in the decades ahead. No one saw the current natural gas boom coming as just a few short years ago we thought we were running out of the stuff. Instead, American energy companies have unlocked vast resources that are at the very least the near-term solution to our energy issues. So, while its fun to dream, we can only profitably invest in the here and now.

Invest in the boom no one saw coming