Much has been written about the perceive decline of innovation at one tech giant, well-known for its top-selling and revolutionary consumer gadgets.

In spite of being acknowledged as one of the most innovative companies around, some people claim that Apple (NASDAQ:AAPL) is losing its touch. They write that the company has not released a truly innovative product since the passing of Steve Jobs in 2011. The iPad, first sold in 2010, might have been the last great thing to come out of Cupertino according to many.

However, recently Apple filed a patent which could change the innovation perception, and reverse a recent slow growth trend. It's long-winded title is "System and method of determining location of wireless communication devices/persons for controlling/adjusting operation of devices based on the location."

This could mean good things for patient, forward-thinking investors.

iPatent
Products and apps created as the result of the patent could be the basis of an advanced intelligent home or business having an interconnected group of components.

All of the gadgets and appliances in your home or office might someday be controlled by simply walking in and out of a room carrying an "enabled" device, which would be provided by Apple of course.

The diagram below, obtained from the actual patent that Apple received, No. U.S. 8,577,392 B1, shows the Apple vision. Included are some current Apple products such as the iPhone, iPad, and Mac. Other components would have to be developed or modified to accept WiFi or Bluetooth communication. You might be able to buy a smart stove or lamp someday. 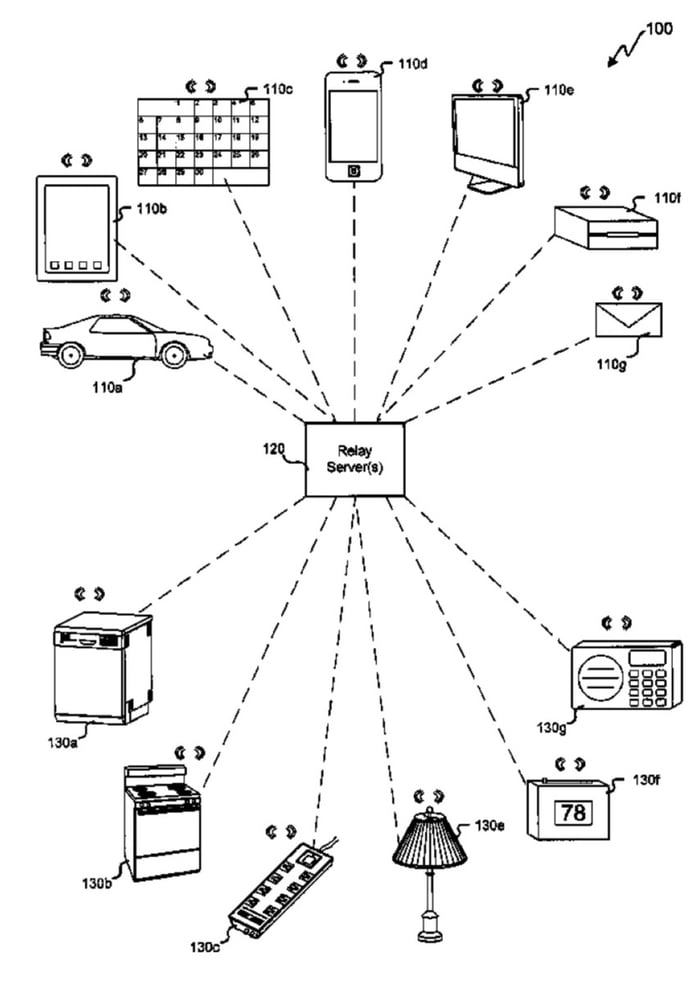 iProfits
Previous innovation allowed Apple to develop and sell the world's most profitable product, the iPhone. Last year the device contributed half of all company revenues and about $32 billion in profit.

Apple is hoping that releasing new products intended to control things in your home or office will translate into similar success (and profits). Investors with an eye out for the future can succeed along with the company. Keep a lookout on progress against the patent.

The network router giant Cisco Systems (NASDAQ:CSCO) has been envisioning this setup for some time now and is generally regarded as being tops in the field.

Performance has generally been positive lately. Revenue and earnings have for the most part grown moderately over the past five years. 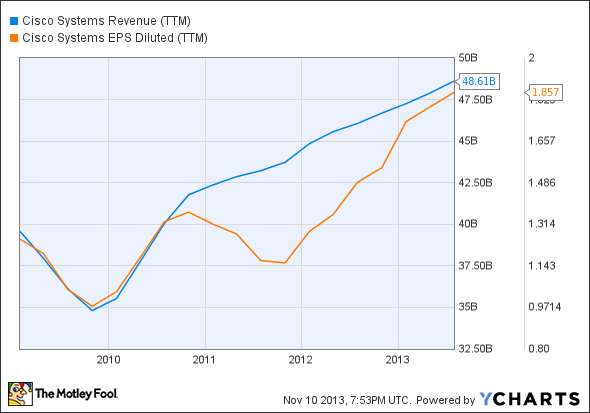 To keep the growth going Cisco plans to invest some of those earnings in development of new hardware and will fund start-ups in the intelligent network arena.

Cisco might be a stock to consider based upon future success in connecting things together.

No interconnected system on the scale of an intelligent home network can function without lots of number crunching and storage. And no company is bigger in the processing of large chunks of information, commonly referred to as big data, than IBM.

The company is betting on big data to revitalize slow revenue growth, which has been basically flat for the past 10 years. Expansion into a completely new market, the Internet of things, would do wonders for the Armonk, NY-based IBM, and their shareholders.

IBM has had to rely on such financial engineering techniques as stock buybacks and dividend increases to pump up the bottom line. Big data in the Internet of things may take some pressure off and allow the company to grow its top line too. 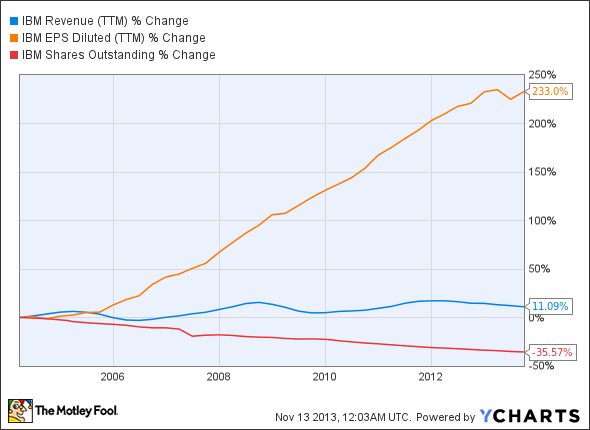 Foolish conclusion
Just when you thought innovation was dead at Apple along comes a new patent, the company's vision for the Internet of things for your home. Devices created may provide a boost in growth for the tech giant.

Network router company Cisco might have already beaten Apple to the punch. It is generally regarded as being tops in networks of interconnected things.

A venerable tech company IBM, which has made the transition out of PC's into other businesses, such as big data, stands ready to use it to profit from these networks.

All three companies could be poised for continued success as the result. Investors should take note of the happenings in this evolving field.