After increasing a revised 0.7% for September, analysts had expected a slight 0.1% uptick in production.

By major market groups, construction production increased the most, at 0.3%, followed by a 0.2% bump in business equipment. Consumer goods declined 0.1%, while materials dropped 0.4%.

Breaking production down by industries, utilities erased a large chunk of their 4.5% jump in September with a 1.1% decline. Mining production also fell 1.6%, while manufacturing managed a 0.3% increase,  matching analyst expectations.

In the past year, construction has contributed more to production than any other market group (+6.6%), while mining takes the cake for major industries at 4.8% growth. According to the Federal Reserve, industrial production currently stands at its 2007 index level average. 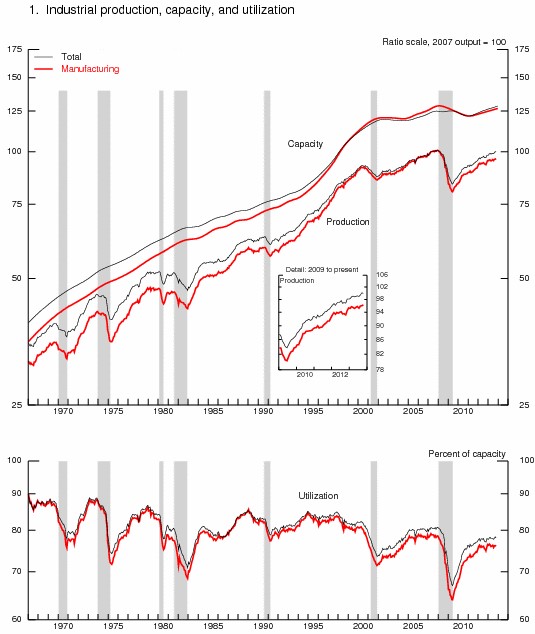