So Verizon is the most expensive Dow stock today. Case closed!

Well, maybe not. Valuation is actually a very tricky concept, and you can measure the worth of a company or stock in myriad ways. Verizon happens to be the richest-valued Dow Jones stock based on non-generally accepted accounting principles earnings power, but that's not necessarily the fairest measure of the company's true worth for investors.

For example, 27 of the 30 Dow components are expected to grow their earnings over the next year. Using forward-looking earnings estimates instead of the reported earnings in each company's rearview mirror, Verizon's P/E ratio falls to just 15.1 times forward estimates. That's the 14th largest ratio on the Dow, firmly in the middle of the pack. Merck still looks cheaper with a 13.7 forward P/E ratio, but the gap between the two stocks doesn't look all that massive anymore.

What if we account for long-term growth projections rather than just one year's worth of earning improvements? The PEG ratio, also known as the Fool Ratio, measures P/E valuations against five-year earnings growth estimates. As a quick rule of thumb, a value of 1 should point to a very fair valuation; higher PEG ratios are expensive and lower ones look like potential bargain-basement deals.

By this measure, Merck actually scores the highest number of any Dow stock. The medical giant's P/E ratio is more than five times larger than its estimated earnings growth. Verizon, on the other hand, sits at the center of the Dow once again with a 1.69 PEG ratio. Yes, the Dow average sits well above the ideal 1 level: Only two Dow stocks currently score below 1 on this value-oriented metric.

The big takeaway here is very simple: Don't invest with only one value indicator in mind. Build a bigger toolbox.

The P/E ratio may actually be one of the least appropriate value indicators available. It's a very simple figure that's strictly built around bottom-line earnings, which is an imperfect and easily manipulated measure in itself.

So it's easy to point to Verizon as the most expensive Dow Jones stock, but that's a pretty narrow view. The stock looks very fairly valued from several alternative angles, mostly because British telecom Vodafone (NASDAQ:VOD) grabs a very large share of the operating income from joint partnership Verizon Wireless -- Verizon's most profitable division by a long shot.

This will change if and when Verizon takes full control of its wireless operations. In the meantime, I suggest looking at other metrics to determine Verizon's real value. And by most of these, the stocks looks very fairly priced. 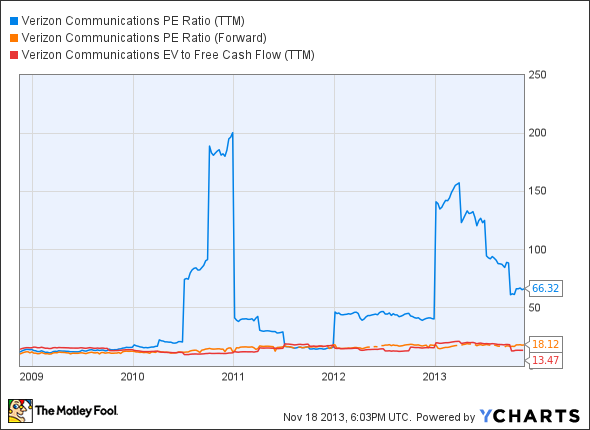 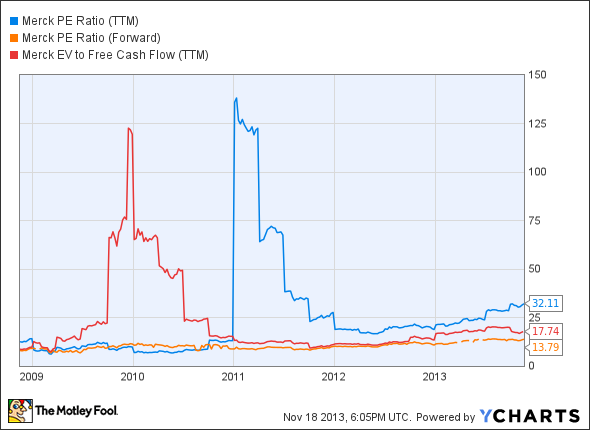